Coming out of the Socialist closet

Mark comes out in full.  I said I would only visit Mark's pages regarding the Kavanaugh character assassination.  Yes.  But I didn't know Mark had a twitter feed.  I went there and my eye did behold true evil.  The Father of Lies is welcome there, so I will not return.  Still, it was there that this little bit was seen: 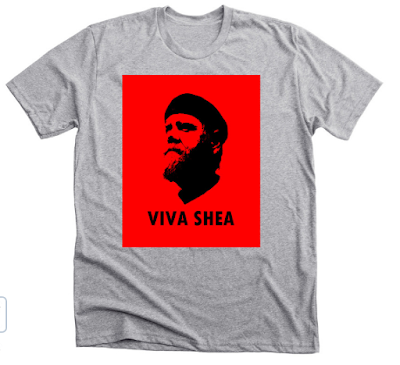 Clearly it is Mark's infantile, yet typical, mockery of those who point out that if you praise socialism, and endorses almost to a letter most of the policies and narratives of the political Left with all of its emboldened calls for a new socialist state, then you're a socialist.  Like many (not all) liberals, Mark deals with facts through mockery, name calling, insults, childish rhetoric, or flat our accusations.  Much to the praise and adoration of many of his regular followers. 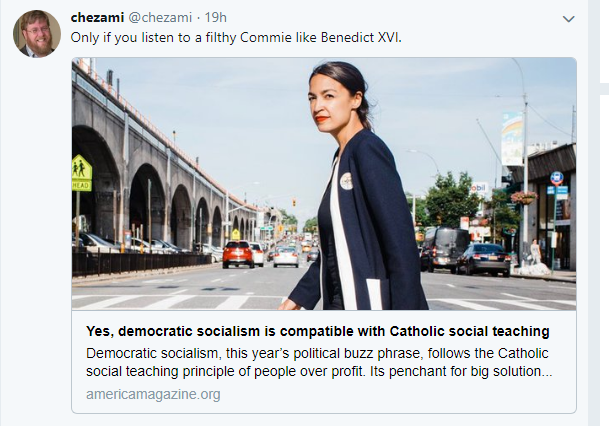 Bonus observation, speaking of which.  My boys pointed out that conservatives usually spend their time pointing out what is wrong with liberal policies and what works with conservative policies.  Whether they are correct or not, that's what they do.  They point to liberals and say, "You're doing this or pushing that, and it's wrong."

Liberals, on the other hand, almost never defend their own policies, or even spend much time attacking conservative policies.  They just assume liberalism is scientifically proven to always work, therefore anyone who disagrees must be a homophobic, racist, sexist, child killing, murderous, Nazi, ignorant, moronic bigot and serial rapist.  Those who defy the Left are liars or have ulterior motives by definition because obviously liberalism and socialism work every time.  The real reason they aren't liberal is because they are racists, sexists and want to murder children.  Yep, that's a trend I've noticed, too:


Bonus historical point: socialism doesn't work. Historically it has led to three results: 1) the totalitarian terror states of the last century, 2) a nihilistic, narcissistic, drugged out civilization of moral narcolepsy, which only seems content with crushing the last shards of Christianity before it becomes the northwestern-most region of Islamic civilization, and 3)  third world cesspools of dictatorships, crushing poverty, starvation, and uncontrollable misery.  And yet, to question it means you hate puppies and molest teddy bears, or so goes the typical line of reasoning as exemplified on Mark's twitter feed.

I will never go to Mark's twitter feed again, I don't care what the topic.
Posted by David Griffey at 2:00 PM

Email ThisBlogThis!Share to TwitterShare to FacebookShare to Pinterest
Labels: Catholic blogging, Catholic Church and the Left