Anderson Cooper reminds us of the power of liberalism

The power of liberalism is to assume liberalism and truth are one and the same.  To not embrace a liberal mindset is to, by default, be either stupid, evil, or both.  And of course wrong.  So Anderson Cooper, based completely on a single, liberal and secularized understanding of, well, everything, takes apart Mike Huckabee over Huckabee's opposition to gay marriage and the imprisonment of Kim Davis over her Christian beliefs running afoul of of the non-Christian based laws that Cooper advocates.

Watch and enjoy.  Again, someday it will be illegal to be Christian unless your Christaintiy, like everything else, is brought down to kneel before the gospel of liberalism.  This is only a a warning shot.
Posted by David Griffey at 9:08 PM No comments:

So Pope Francis has streamlined the whole annulment process.  Now I'm no expert in that department.  Few Catholic I know are.  Long and short, the annulment process in the Church is supposed to flush out those rare instances where a marriage was never valid in the first place.  The reasons differed, but generally they should have been grave - it was never consummated, or one of the parties was coerced, or important information was withheld, or similar extreme cases.

In practice, unfortunately, the process seems to have become a long, cumbersome dodge around the modern no-fault divorce world in which we live.  People married for years who had kids and grandkids were told their marriages were null.  Just what constitutes an invalid marriage if you can be married for years with kids and grandkids?  Isn't that just divorce with a different name?

At least it was such a long, burdensome process that nobody looked forward to it, many chose to dodge it, and at least there was this idea that having gotten a divorce, you weren't where the Church wanted you to be.

But now Pope Francis has, in the name of mercy, made the process easier.  Naturally, for a significant portion of the Catholic apologetics world, there is no problem.  There never is.  Pope Francis is never wrong.  All is right with the world. In this corner is Jimmy Akin, who does a great job giving some background on what annulments are at least supposed to be, and a very direct take on how Pope Francis will work it out.

There are others, however, who aren't too thrilled with Pope Francis on a variety of topics.  In this corner is Michael Dougherty.  I don't know if he's been critical of Pope Francis in other areas, but he certainly sees a major problem with this.  The biggest problem seems to be that Pope Francis might be making it so impossible for people in the modern world to have an idea of what a real Catholic marriage is, a huge swath of their marriages might well be null anyway.  Sort of no-fault annulments.  You just say you're a victim of modern dumb, and it was never a marriage anyway.  Try again.  Kids and other considerations?  I don't know.

So there you have it.  Two takes.  Once again either Pope Francis is really awesome and any mix ups or misunderstandings are the result of vast anti-Pope conspiracies or the result of dumb people who are dumb.  Or he is a child of the modern age, with heavy sympathies to the point of views progressive ideals and morals.  Time will tell.
Posted by David Griffey at 9:01 PM No comments: 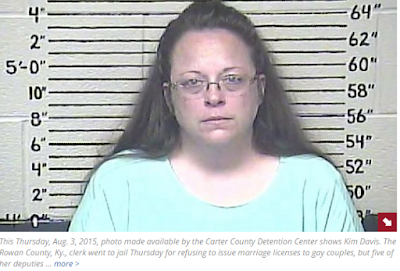 Posted by David Griffey at 12:45 PM No comments: