Allies of the New Prolife Christian 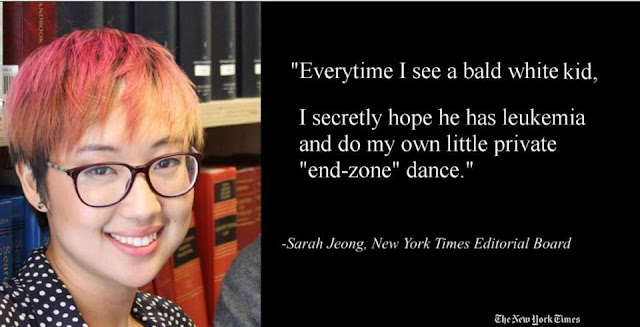 Yep.  And that's not even extreme.  Today, in America, it's becoming mainstream.  Remember, the New York Times: Flagship of America's national press.

That we can assume someone is guilty because of skin color, gender (which suddenly is biological again), religion, political affiliation or national origin is as bigoted as Jim Crow.

It's also a case study in how people embrace the evils of their age.  Those embracing a Jim Crow mentality against whites. just because the movers and shakers happen to be doing so. would likely have embraced the same against blacks a hundred years ago for the same reason.
Posted by David Griffey at 6:49 AM

Email ThisBlogThis!Share to TwitterShare to FacebookShare to Pinterest
Labels: Bigotry for the Hip American, Liberal Christianity, the Joy of Racism on the Left