The Feast of St. John Lennon 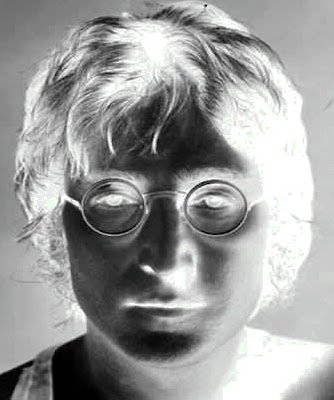 John Lennon would have been 70. Being the patron saint of the Boomer generation, and the MSM still heavily influenced by that age group, soon we will be treated to all things Lennon. It will, of course, be propaganda. The same type of myth making and legend cooking that the Church has been accused of in dealing with its saints. That may be true of the Church. It certainly is true of St. Lennon. But if so, it must speak of a universal human tendency to lift people up as heroes; lift them up as something beyond mere hero.
Lennon basically was an angry, mixed up person with serious issues who nonetheless hit it big time. Why? Who knows. But he did, and he brought those issues with him wherever he went, becoming a symbol for the generation lost in space, and remaining so to this day. And he comes with all the worship and adoration given to any saint of any religion. Perhaps it is fitting, since Lennon the good and bad exemplified so much of what the generation that adored him turned out to be. After all, what can you say about a saint who composes a hymn for an era that asks if we can imagine no possessions - while singing it from his own 7.5 million dollar palatial estate? Except that perhaps he is a fitting demigod for the Boomers after all.
Posted by David Griffey at 7:32 AM