The Devil and Rich Iott 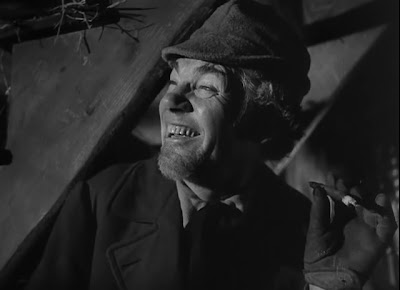 Or, if the media coverage is to be believed, we could say the Devil is Rich Iott. Despite claims to the contrary, Rich Iott is not one of the darlings of the Tea Party. Though he's from my own state, I hadn't heard of him before the story broke. I first heard about it Sunday morning as I was doing some work in the living room. I had the TV on, and suddenly heard someone say '...and the Republicans have a candidate who dresses like Nazis.'


Since I both study and teach history in different capacities, I knew immediately what it was about. Obviously an historical reeanactor. Though I never was one myself, I've known them and visited them for many, many years. I'm involved enough in various historical hobbies to understand their basic designs. Of course there could be all types, as with any group. You could have nuts, bad apples, whatever. But without any other input, I knew what it was about.


I went to some liberal blogs that night, and it was already making the rounds. Republican Dresses Like Nazis! Of course the initial story from the Atlantic was of the same tenor; it's purpose was to attack and build stereotypes, not to inform. By Monday it was everywhere. Republicans were abandoning him. Blogs were pouncing. By Tuesday his campaign was being attacked by graffiti in swastika form, and the hobby of reenacting was being called into question, cast with suspicious eyes, and described as 'people who get into their rusty pickup trucks' to drive around the country play acting.


All of this, of course, without anyone actually KNOWING anything about the subject. What of the group? Is it a Nazi group? Does it support Nazi ideals? It says it doesn't. What of Iott? He says this was but one historical reenactment group, he rejects the Nazis as evil, and hadn't been with that group for some time. Later pictures and testimonials appeared to support that account.


Yet the outrage, the condemnation, the contempt was there. The entire hobby, virtually ignored up until last Friday since who knows when, was suddenly cast aside as for losers at best, for people with severe moral deficiencies if not out right racism and evil at worst. Iott? He is toast. Done. Gone. The most charitable thing I found was a commentator who said 'obviously he didn't plan on running for politics when he did it!'


But why? Because, as a society we have gotten nowhere over the last many generations, if not many centuries, and we've gotten there fast. This may well have been someone being attacked for listening to colored rock music in the 50s. Or not knowing the Beatles' names in the late 60s. Or being associated with Dungeons and Dragons in the 1980s. Or basically anything that doesn't conform to the latest set of norms and values to which society demands conformity.


That's right, conformity. For all the talk, all the strutting like peacocks under the banner of diversity, all the talk about opening our minds and respecting differences, there ends up being no such thing. Most of the condemnations leveled at this were by people who started by saying 'I don't know anything about reenacting.' Some clever people, even on Catholic blogs, asked me 'how do I know he ISN'T a racist? Huh?' Well, because I assume innocence until proven guilty, and since I understand the sub-culture of historical reenacting, I can understand what was going on. Sure, maybe they weren't the best group, or were lacking in accuracy or a sophisticated balance of history from the POV of the Nazis versus the needed condemnation of the Nazis. But that's about all we could say with what little was known.

But that's not what we said. That was by no means what we said. Condemnation, contempt, accusation, verdict, punishment - all of these were the talk of the day. He was called a moral idiot at best, a Nazi racist at worst. No amount of reasoning with people was accepted. What few tried to suggest we may be leaping to conclusions were almost as quickly called into question for their agendas or possible prejudices.


And the funniest thing? Besides, of course, being in a society that is supposed to be based on diversity, tolerance, and open mindedness? That many of those quickest to accuse and condemn are the ones who scream loudest when our Society condemns their pet interests. When some fundamentalist links Harry Potter to witchcraft, or when the MSM floats Pope Benedict's membership in the Hitler Youth without delving into the details, many of these folks were the first and loudest to cry foul. And they should have cried foul. But now, many were grabbing rope and lumber and preparing for their own lynching.


The reason? Many different reasons in all likelihood. Some because they have axes to grind or agendas to push. Either blasting American politics, washing hands of both parties, or being partisan to one (in this case, the Democrats), made jumping to condemnation a sure thing. Others had personal reasons, feeling that such a hobby so close to the events is beneath contempt, too offensive, to insensitive. That might be more credible if it weren't for the fact that insensitivity and offensiveness is fast becoming the main foundation on which to build socially acceptable censorship. Or it may be because people are as people always have been, and despite our assurances that we've grown and learned and progressed, the fact is we, and the society we are building, have done no such thing. We are the same as we always have been. Fearing, loathing, or having contempt for things we neither like or understand at best, gladly attacking, even destroying those who stand in the way of our agendas at worst.


In either case, it's clear that there is irony involved. For the crime of Iott was failing to walk that narrow line in dealing with Nazi history. Few can deal with this subject without criticism and condemnation. If you do anything with Nazi history beyond simple condemnation, you do so at your own risk. And yet we insist we learn about that period of time so as not to repeat it. And yet, knowing that many were willing to attack and accuse someone without evidence or even a desire of evidence, simply because he was different or inconvenient next to our agendas, one must ask just who it is that really wasn't learning from history after all.
Posted by David Griffey at 8:20 PM

Email ThisBlogThis!Share to TwitterShare to FacebookShare to Pinterest
Labels: Social Observations, What We Learn from History