They have a point

But for the wrong reason.  Most who are posting this story are putting it under the banner 'Oh brother, insensitivity run amuck.'  Or something like it.  The fact that a quote from MLK - perhaps the defining quote of his ministry - might have been taken down from the University of Oregon for not being inclusive enough has raised a couple eyebrows.

But here is the thing.  The quote:


“I have a dream that my four little children will one day live in a nation where they will not be judged by the color of their skin, but by the content of their character. I have a dream…”

perhaps shouldn't be there.  Not because it doesn't represent some new understanding of diversity - 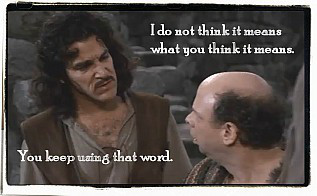 which I'm sure it doesn't.  'Diversity' as explained and lived today seems to have little to do with what diversity was said to mean back when I was a lad.

But perhaps it shouldn't be there because right now in our country, the first and most important thing we seem to ask is 'Quick, what's the skin color of everyone involved?'  The answer then dictates just how much we should care, or if the media should cover it, or what the outcome should be.  Think about it.  What good is it to trumpet this quote as some prophetic utterance if we go around and act the way we do?