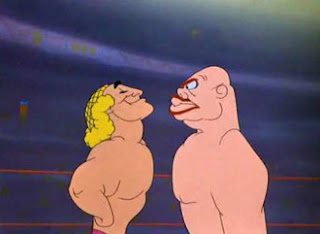 We face off against a civilization that is radically other than what we are used to.  We try desperately to pigeonhole it into some framework that makes sense to us.  But it isn't us.  And it has no desire to be.  That's not saying most Muslims are evil or wicked.  As I've said before, it's simply like a Michigan fan watching the big game with an Ohio State fan.  They might be friends, buddies, pals.  They may get along.  Heck, they might even be married.  It's likely neither wants to see anyone hurt.  And both want to see a good game.

But at the end of it all, when all is said and done and the final second has ticked away, each want his or her team, not the other team, to win.  And that is Islam.  A faith that has been marked by radical expansion from its beginning, and one that shows no signs of giving up.  So many Christians have been told that evangelism is a wicked thing, and proselytizing a great evil, that in many traditions, the attempt to convert others and bring them into the Christian fold has all but dried up.

Islam has no such feeling of intimidation.  At the end of the day, there is no God but Allah, Muhammed is His prophet, and the world must submit to the will of Allah, the Creator God.  That's about it. Most no doubt reject the evil done by Muslims, especially when it's done to other Muslims.  But that's some heavy smack that Muslims are not going to compromise.  Those few who are willing to embrace the critical liberalism of the West are so few, and their voices weakly joining a dying culture, that their impact is negligible at best.

So facing this onslaught from a movement we will not admit to, you have people attempt to stand up to it by this:

Yeah.  It's that embarrassing.  Again, we are Rocky at the beginning of Rocky III, darting our eyes about and looking down at the floor in the face of terrifying Mr. T.   The saddest part of it is, we refuse to admit it's what we are doing.  At least Rocky understood he wasn't ready to face off with Clubber Lang.  I still think we Christians in the Dying West imagine we're popping off some seriously wonderful, enlightened ideas that will bring that 1.6 billion member religion down to its knees in awe and wonder.
Posted by David Griffey at 11:10 AM

Email ThisBlogThis!Share to TwitterShare to FacebookShare to Pinterest
Labels: Decline of the Christian West, Islam and the West