Meanwhile, the Catholic Church continues to give Jesus a bloody nose 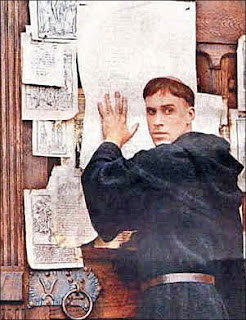 Perhaps not really. Perhaps. Though bet your bottom dollar that is how the MSM will cover it. Nonetheless, when two bishops, found to be part of the child abuse cover up in Ireland, have their resignations rejected by the Vatican, it doesn't look good.

At some point, Catholics must admit as an institution, the Catholic Church often leaves much to be desired. Traditional Catholics often bemoan the willingness of Catholics to ignore Church teaching, condemn those who follow other ideologies, nationalities, or philosophies rather than adhere to the Church first and foremost. They often weep for the endless streams of Catholics who leave the Faith. They rightly point to the anti-Catholicism of our age, in our media and popular cultures, in our education systems. They mock the ineffectiveness of Catholic educational institutions regarding fealty to Catholic doctrine.
And yet there comes a time when the finger needs to point to the Church itself. At some point, trying to put a protective barrier around The Church, trying to ward off criticism of its highest leaders, attempting to chicken-pick this bad leader while excusing that good leader, trying to distinguish between the Church and the leaders of the Church with magisterial authority, sounds like Muslims insisting Real Muslims (TM) don't commit terrorist acts or do bad things, therefore Islam is the real Religion of Peace.
There comes a time when, though a teacher can't be blamed for every failed student, a long line of failures must be questioned. There comes a time when those who want reform need to step up to the plate and say some things need a'changin. Because if they don't, those who want change for the wrong reasons will gain traction among those who, in all fairness and honesty, can see there are serious problems afoot. Remember, Luther wasn't the only Catholic wanting reform. But because he stepped forward and did something about it, even if ultimately it was the wrong thing, he's the one that set the course.
This is not to disregard the attempts by Pope Benedict or other leaders to make things right. Nor is it to say perfection is the only option and the frailty of human beings are no excuse. It is to say Catholics need to admit that if year after year, the classroom is filled with students who are failing, not caring, and dropping out, it may be time to hold some educators responsible and take a good long look at the entire school. It need not be about changing the lessons. It can simply be evaluating the school's effectiveness.
Just an observation.
Posted by David Griffey at 12:00 PM

Email ThisBlogThis!Share to TwitterShare to FacebookShare to Pinterest
Labels: Catholic, News, What We Learn from History