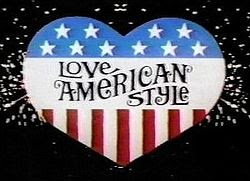 I've been thinking about the sudden focus on the Isamaphobic bigotry that seems to be everywhere in America these days. This article from AP subtly showcases Muslim fears of impending uprisings and rivers of blood at the hands of mad American anti-Islamists. Stories are circulating of increased violence. All of this being tied to those who are at the center of opposition to the Mosque at Ground Zero, an opposition labeled by everyone from Ron Paul to Katy Couric to Keith Olbermann to Imam Feisal Abdul Rauf, at the center of the Center, as bigotry plain and simple. For any reason, to oppose the Mosque or connect Islam to 9/11 makes one a bigot. The bigot label, I guess, is supposed to be the debate stopper.

Yet note that no one has suggested that Imam Feisal Abdul Rauf is a bigot because he made a blanket condemnation of Christianity for the dropping of the Atomic Bombs. Based on that logic, there is nothing in God's green earth to suggest a person is a bigot for blanket condemnations of Muslims for 9/11. Yet that is the crux, isn't it. Those who say '9/11 + Islam - there's a link', are immediately portrayed as bigots, including by the good Imam himself. Yet he, and others, think nothing of routinely blaming anything and everything that ever happened in European/American history on Christians and the Christian faith (ahem, Tavis Smiley).
This is because the foundation of the Western Progressive Revolution is a complete and total rejection of the foundations of the Christian Western Tradition. Being a revolution, it seeks to paint as much of the status quo as possible in the worst light. As a result, an entire generation has been raised to see little of redeeming value in the Christian West. Anything good that came out of that tradition is coincidence, having nothing to do with its Christian roots. Anything and everything done is seen through the worst lenses, given no excuse or validation, condemned outright, and seen as evidence of its inherent inferiority.

Meanwhile, any and all cultures and civilizations outside of the Western Tradition are seen in the best ways imaginable, given many benefits of the doubt, and generally interpreted through value-neutral lenses (didn't the Aztecs practice human sacrifice? Sure, but let's not jump to conclusions; besides, ours is not to condemn with some ethnocentric bigotry). In the odd moment where a non-Western culture did something beyond the mark - like Imperial Japan - the good Progressive could still blame the US: it was the result of racist US policies, European imperialism, contact with the West and its warlike tendencies - you name it.

So 9/11 presented a bit of a problem. As we watched the towers fall, the thousands die, the crowds flee in terror, it appeared hard to avoid outright condemnation of the perpetrators and the ideology that gave them purpose. But not so for the determined Progressive! It took all of a day or so for folks to insist that somewhere, somehow, it must have been the US that caused it. Whether Bush, or some US policies (in all likelihood under a Republican president), we pushed the buttons that caused the attacks. Perhaps European imperialism, or the Crusades. Why, the reasons were endless! And of course, from President Bush on down, we were immediately reminded that in no way did 9/11 have anything to do with True Islam (TM). No, it was never to excuse or downplay the terror (in most cases) of the attacks. But there soon came an accepted perspective that we in America and the Christian West were somehow at least partially culpable. A view held, of course, by Imam.

And what of the Christian faith specifically? Generally to blame for everything under the sun. Since 9/11, many a Muslim has been happy to drop the Crusades as one reason why the Islamic world has issues with the West. Of course, they never, ever mention Islam's role in the Crusades, the offensive launched by the Seljuk Turks that sparked the call for a Crusade to reclaim the Holy Land and stop the Turks from seizing what was left of the Byzantine Empire. It's simply come down into our modern lore that the Muslims were peace loving folks minding their own business when a bunch of Tony Sopranos in heat swung in and started butchering and slaughtering the babies. A view promoted by both Muslims I've seen interviewed, as well as those in the Western Left. To think otherwise appears to be similar to imagining a flat world, or believing in unicorns.
So in a way, I can't help feel it's the bigotry shared by both Islam and the Western Progressive Left that seems to have created this strange bedfellow of Muslims and Progressives. A bigotry that is all the rage, and supported in many of our media and educational institutions. A bigotry that says, essentially, anything touched by the Christian tradition is wrong, evil, violent, to blame for the world's problems; all others - including Islam which should never, ever be linked to 9/11 - are the innocent victims thereof. Because they both see it this way, they only react in outrage when someone steps outside this shared value system. When someone dares to suggest that, no matter how wrong America was, 9/11 still might have something a little to do with Islam, they are punished accordingly. Such a view is intolerable not because it is bigotry. It is intolerable because it is not the correct bigotry, the post-modern American Bigotry.
Posted by David Griffey at 8:37 PM

Email ThisBlogThis!Share to TwitterShare to FacebookShare to Pinterest
Labels: Decline of the Christian West, Super Narratives, What We Learn from History