Federal Judge to Religious Voters: We don't serve your kind 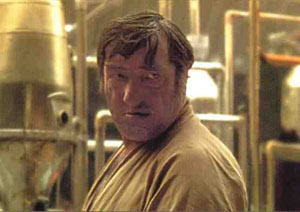 Gay rights advocates in the media are celebrating a victory for the will of the people as a federal judge smacks down the will of the people, assuring us that the people in our country want gay marriage (despite overwhelming defeats for gay marriage whenever it's come to popular votes). Meanwhile judge Vaugn Walker more or less gives a middle finger to voters of certain faiths by using the bench to legislate his own contempt for religions with which he disagrees:


"Chief U.S. District Judge Vaughn Walker overturned the voter-approved ban known as Proposition 8 Wednesday, declaring that limiting marriage to a man and a woman serves no legitimate purpose and is an "artifact" rooted in "unfounded stereotypes and prejudices.""

Gay rights advocates have been crowing over the fact that society is moving this direction, especially among our younger citizens. Given that homosexuality is taught as superior to any other expression of humanity in our media, entertainment culture, education systems, and institutions of higher education, it's not surprising. What is surprising is those who grow up with serious doubts about the modern meme regarding homosexuality. Many no doubt receive the basis of their doubts from institutions of faith. Which might be why there seems to be an increase in hostility to institutions of faith. Ya never know.

We will have to wait for whatever happens with the appeals to this decision. This wasn't a surprise. Given the track record of California courts, and the not too subtle ideologies that seem to govern their decisions, most were prepared for this. Which may be the biggest shame of all.
Posted by David Griffey at 6:45 AM