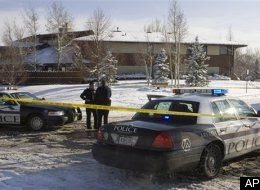 Watch and see how this story of a future Mosque site in TN that caught fire is covered. And then see how this story of a Mormon Bishop who was killed is covered. I will bet the mental instability of the perpetrator of the slain Mormon Bishop will be emphasized, with 'motive' being left to some personal vendetta due to being ill-treated by the church. Likewise, if the fire at the site of the Mosque is found to be deliberately set by a real straw-for-brains lunatic, the emphasis will still end up being on Islamaphobia unless there is simply no other way out, with copious levels of dialogue and emphasis on the rising anti-Muslim bigotry in America. If it does turn out to be something else, it won't be emphasized, and the anti-Islamic stories will nonetheless continue.

How do I know all this? Precedence. A couple years ago a man with anti-Christian rhetoric on his computer and in his journals opened fire at a Colorado church, killing several. The verdict? He was mentally ill. Merely a product of mental instability. The plethora of anti-Christan rhetoric in the media, in best selling books, in movies and television apparently had nothing to do with it, nor did his ideals that Christianity must go. The same happened at a Texas Baptist church shooting in the late 90s. A man walked in, shouted his hatred for believers, and opened fire. Despite the witnesses all corroborating this, police never found 'a motive.' In addition to this being why I am a full-blown opponent of that baby-step toward censorship and thought control known as Hate Crime legislation, it also shows how bigotry exists everywhere, but it's the bigotry accepted by the society at large that one must watch. So sit back, grab a beer, watch the news, and see how these two stories are handled. I'll gladly concede I was wrong if they are handled in any way other than the way they've been handled in the past. But I don't think I have much to worry about.
Posted by David Griffey at 6:21 PM