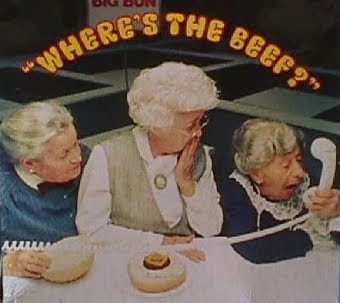 Sam Stein at Huffpost reminds us that critics of critics of the Mosque at Ground Zero still aren't getting the beef they have with the location. The beef is with the sensitivities involved with locating a center dedicated to a religion that produced mass murderers who slaughtered thousands of innocent people on 9/11 near the scene of the horror. It would be like a Christian church erecting a cross near the site of a slain abortion provider with the banner 'choose life' to show it can reach peacefully across the aisle for a peaceful resolution. I can't help but get the strange feeling that there would be plenty of protests from some regarding the wisdom of such a gesture. More than that, I can't help but feel many screaming the loudest at such a move would be the ones now saying 'bigot = any critic of the Mosque at Ground Zero.'

For what it's worth, a couple things leap out at me in the article. First, the strange tendency many on the Left have of pointing to the Bush administration's use of the Imam as some sort of infallible sign that he must be OK. Since the Left has placed undying faith in the Bush administration's decisions, don't you know.
Second, I'm troubled by the Imam's statements. It reflects this 'half off picture' that Islam has been since 9/11 - iinsisting Muslims are against terrorism, but not really doing much about it (again, until the terrorism seemed to be killing more Muslims than anyone). Yet turning out by the zillions when a Danish paper publishes a picture. Or things like the Imam's statements about the bombing of Hiroshima, that this was a 'Christian act'. Should we assume everything ever done by any Islamic nation or culture is therefore an Islamic act? The fact that almost all Muslims I have heard interviewed insinuate 'true Islam is peace while true Christianity is mass murder' perspective is a big reason that I have problems with many Islamic movements in the world, beyond the beef with the 9/11 Mosque.
When I hear more, of for that matter any, Muslim leaders and representatives say 'we realize not everything done by the West is the result of Christianity, and acknowledge that Islam itself has been a cause of much suffering and violence in history', then I'll say it's time to talk. Till then, I remember that Jesus said turn the other cheek, not bend over and spread them.
Posted by David Griffey at 12:06 PM