The Mosque at Ground Zero 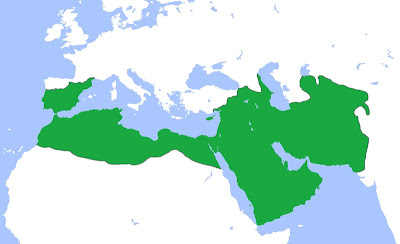 A few thoughts on the building of the Mosque at Ground Zero, then I'm outa here till tomorrow (or even the next day?). Do the Muslims have a right to build there? Sure. Should they? Depends on their priorities. If one wants to help healing, as they say they do, the first thing to do is find out from those you are wanting to heal if the process is going to work. Sure, some victims of 9/11 don't mind. Others do. Should they be considered? I would think. But I'm not Muslim. I don't think like a Muslim thinks. I didn't think like a Catholic thinks until I became Catholic, and began seeing things from a Catholic POV. As an agnostic, I didn't think as a Christian until I became Christian.

Sometimes, a belief, ideology, religion can't really be understood until and only until you become part of it and accept that worldview. So I would suggest there are few, if any, outside the Muslim world that can see things the way a Muslim would, can understand if this is the typical approach to pursuing healing, and know if this is just the Islamic way. For despite Disney's instance to the contrary, sometimes we need to remember that it is a big world after all. And not all people see things the way I do. Sure, everyone wants to be happy, but they reckon that differently than I reckon happiness. They want good for their families. Of course they want freedom to a degree. But that doesn't mean, at the end of the day, that they want all these things as understood from a middle-class, Catholic, Midwestern, 21st century American male perspective. My guess is, many Muslims around the world see the issue differently than most Americans. How, I can only guess.

What I do know, and what I find most troublesome, is that those outside the Islamic world screaming the loudest about Freedom of Religion are the ones who for the last fifty years have done everything humanly possible to eradicate religion, er, I mean Christianity, from the public forum and banish it to the closets and ghettos where apparently it belongs. From little Suzie wanting to mention Jesus at her graduation, to parents wanting a cross at a Columbine high school memorial, to crosses along the highway or in memorials, to Christians attempting to voice their political views, the tide has been against such things for decades.
Sure, technically the Muslims have a right to do this, it involves nothing that, as of now, is deemed government, and some will split that little hair to justify the differences. Plus, so many Americans are convinced that this 9/11 project is no big deal while Suzie mentioning Jesus in her Valedictorian address could spell the end of America as we know it. That difference alone, something I have a feeling is lost on those screaming for the Mosque, is what bothers me. I get the uneasy feeling that had everything happened the same exact way, but it was some radical Christian group who flew jets into the Trade Center, that those same ones screaming Freeeeedddddooooommmmmmm, would be calling Barry Lynn out to inform us that religions not conforming to liberal standards should be banished from public discourse. Can I prove it? No. But precedence suggests I might be willing to bet on it. And that's what bothers me the most.
Posted by David Griffey at 2:49 PM