The thing about Islam is... 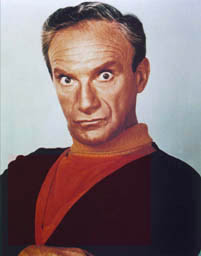 it isn't Christianity. Christians, at least in Europe and America, have been weaned on the Great Western Guilt. Accepting blame, compromising standards, backing down from positions, admitting inferiority to other beliefs and traditions, downplaying differences - it's the modern Western Way. And all but those in the most fundamentalist sects of Christendom tend to go that way in some form or another. Progressive Christians, as pointed out below, tend to base much of their current faith on a wholesale rejection of the Traditional Christian Faith and its history. Even non-progressive Christians are nonetheless willing to back down in a minute. Apologies for Christian history abound. Pope John Paul II made it one of the cornerstones of his ministry to apologize for 2000 years of wrongdoing. Pope Benedict XVI has, on several occasions, in the face of controversy and anger, backed down and changed his statements (even if there was nothing factually wrong with what he said). Such is the approach that many take who do not want to be herded in with the dreaded fundamentalists, right wing radicals, and religious zealots.

For those not reared in the modern Western tradition, however, such is not the typical approach. I know from folks who have dealt with Japanese culture, whether on the mission field or the business world, that Japanese still maintain a sense of 'if anyone else can do it, we can do it better.' Forget trying to get Japan to fess up to its sins of the past. Same for most other cultures. American Indians are not too vocal with the meaner parts of their ancestral heritage. And Muslims, as a general rule, do not throw down endless tomes pointing out the failings, atrocities, and evils that were wrought in the name of Islam over the years.


In fact, the thing that seems to leave everyone scratching their heads, even those progressives who dearly want to believe that Islam is fine - by virtue of not being Christianity and the traditional West - is this non-apologetic, dare I say, non-wimpy approach to things.


Take the Mosque debate. 60 Minutes, obviously supporting the building of the Mosque, has given the two main individuals behind the project carte blanche to make their case. And their case? Simple: This is what they think needs to happen. And this is what is going to happen. Now, all but a few conservative or fundamentalist Christian groups long ago would have packed up and left town in the face of such overwhelming calls of insensitivity and thoughtlessness. Perhaps the Mormons would have stayed, you never know. But even had they done so, had this or that Christian ministry remained and said 'despite the concerns and troubles, this is what needs done, this is how it needs done, and this is how we are going to do it', the general societal conclusion would have been 'just some more right wingers shoving their religion down our throats.'


Which brings me to the point. Those Muslims we call 'progressive', 'tolerant', or 'moderate' are, by modern standards applied to other (Christian) groups, anything but. Which is why there so often has been a bit of a pause even when Muslims appear to say what we want to hear. On an Easter program a few years ago, the late Tim Russert had a round table, a few token conservative faith leaders, and several 'moderate' members of different faiths. One was a professor of Islamic studies and founder of an inter-faith group. Obviously one of the 'moderates'. Yet, as the show went on, Mr. Russert actually put the question to him on issues like homosexuality and abortion. His answers, though from the mouth of a 'moderate' Muslim, would have been shoved into the realm of right-wing Christian/fundamentalist had it been a Christian leader.


It happens over and over. Muslims speaking of tolerance, interfaith respect, building bridges, and moderation will inevitably say something that suddenly doesn't sound, based on our modern perceptions, the least bit moderate. In the end, somewhere in the discussion, we will be reminded that Muslims don't worship 'their god', they worship Allah, the Creator God, and there is no God but Allah, and Mohamed is His Prophet, and the world will convert to Islam, and this is why they are doing what they do, this is how they plan on doing it, and this is why it will be done. All things that sound far less like a Christian moderate but, based on current sensitivities, more like a Christian conservative (at best).


So in a world in which Christianity comes off as having all the backbone of Dr. Smith in the face of a new alien threat, it is somewhat refreshing to see that, in this world, many still are not afraid to say 'we're right, you aren't, and this is how it's going to be.' I wonder if the Christian Faith will ever reclaim that ability. I'm afraid if it doesn't, such conviction will be picked up by those who truly wish to do ill against all others, who wish to lash out in violence and aggression in the name of Jesus. Perhaps we can learn the real lesson from Islam: you can stand your ground, proclaim your unyielding truth, not compromise, and if modern media narratives are to be believed, still end up being quite the moderate after all. If Muslims can do it, certainly Christians can, too. I'm sure it's not a case of double standards or anything.
Posted by David Griffey at 7:09 PM

Email ThisBlogThis!Share to TwitterShare to FacebookShare to Pinterest
Labels: Decline of the Christian West, Super Narratives