Mitch McConnell reminded that everything is Saturday Night Live

Despite desperate attempts to maintain a level of maturity in an increasingly pre-pubescent society, Senate Minority Leader Mitch McConnell was reminded by freshman senator Al Franken that the modern approach to debate should involve behavior honed on the hardened battle plains of kindergarten. Of course, the MSM chalks this up to the whole Senate needing a break from not getting things done, rather than the adolescent maturity levels one has come to expect from certain national leaders: 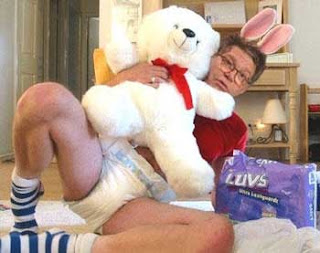 P.S. I know the pic's a cheap shot, especially since he did, at least, apologize. But if Senator Franken would stop acting the part, he would stop inviting the references.
Posted by David Griffey at 12:06 PM