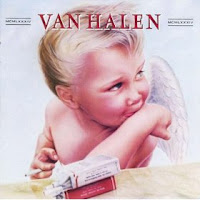 Sarah Palin appeals to arguments reminiscent of 1970s liberalism, and is reminded by modern left leaning media outlets why she's wrong. Fact is, the article is dead on correct. Problem though? Growing up in the 70s and 80s, the very thing that happened to Dr. Laura (who I have seldom listened to and whose opinions mean little to me), would have been deemed censorship of the highest level.

Remember the little line from a popular song from way back when:

But if I really say it, the radio won't play it
Unless I lay it between the lines

Remember that? I Dig Rock and Roll Music by Peter, Paul and Mary. That fit with a recurring theme in the 70s and 80s, that anyone who refused to play this song or show that movie, no matter who and for no matter what reason, was just Big Brother incognito. The radio not playing it was never portrayed as a simple business decision. It was the beginning of the end of all liberty.

Likewise, even in the late 80s, when Madonna had an advertising campaign pulled due protests by parents' groups, charges of Gestapo tactics and an end to freedom as we know it flew like crows. It was 1984 all over again!

And lest we think it was just some radical nobodies in the fringes of Greenwich Village, it was mainstream in many ways. In the early 1990s, as Day Time Talks Shows (the venues which prompted support for an alternative national voice to be heard), reigned supreme, Phil Donahue was the king. By the 90s, however, for the sake of ratings, some of his shows were leaving social commentary and becoming a bit racy. A dentist decided he could no longer take strippers on 11:00 AM opposite Sesame Street demonstrating the proper forms of oral sex for self-produced home pornography. So he went to the sponsors of Donahue's show, plopped in a VCR tape, and told them 'this is what you are promoting.' Sponsor after sponsor began to drop.

Donahue went on a rampage. Appearing on the evening news with the late Peter Jennings, he ranted and raved; this was just the beginning! Next it will be jack-booted thugs kicking in your doors and dragging you into the outer darkness for watching The Cosby Show! Jennings, in a later editorial nod, agreed it smelled like good old fashioned censorship. When polls suggested Americans weren't bothered by the dentist's tactics, we were reminded by 'experts' that threatening people or in any way punishing people we disagreed with was merely one small step toward an Orwellian paradise, and a violation of that most important of all social norms: tolerance.

So you see, the article is right. But it's only right if it bothers to mention that for all those decades, liberals were wrong. Those TV censors with Elvis, those radio stations with the Rolling Stones, those family and religious groups with Madonna, weren't threatening the First Amendment after all. Why, it was all just another wonderful expression of their First Amendment Rights!

Oh, fun note. Notice the article appeals to a very basic, face value reading of the First Amendment. Fine. But notice a similar reading also points out that the First Amendment merely says Congress (national congress that is), cannot actually make a law that officially respects an establishment of religion, nor can it prohibit the free exercise thereof. How does such a simple, straightforward reading square with the government authorities demanding that a young valedictorian be censored from mentioning Jesus in a graduation ceremony? Answer: It doesn't. Which might be how folks read the other parts of the First Amendment, and if speech ends up going the way religious liberty has, perhaps it is worth worrying about. Just an aside that came to my mind. It's something that deserves its own post, if not its own blog.
Posted by David Griffey at 8:31 AM

Email ThisBlogThis!Share to TwitterShare to FacebookShare to Pinterest
Labels: Media, Social Observations, The End of Liberalism