If Republicans can't win against this 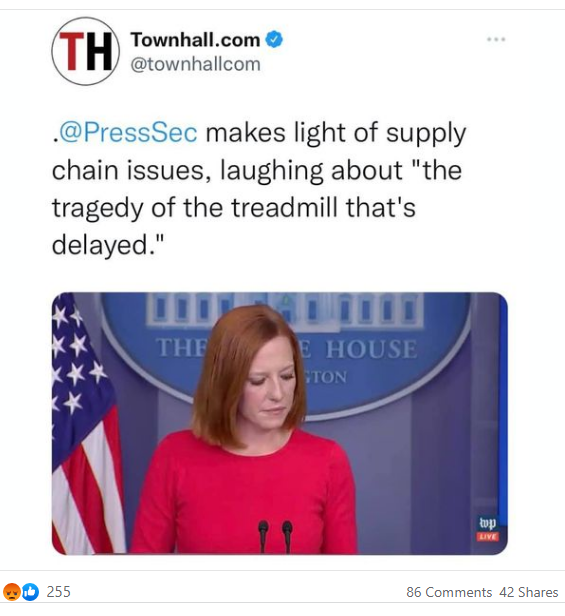 Then they deserve to lose.

It's almost vomit inducing to see leftwing Democrats all but piss on suffering Americans, knowing full well the media and cultural corps are firmly in their pockets (or they're in the corporate pockets, not sure which). I was shocked I found the few national stories I found calling this out (most were decidedly conservative or anti-left outlets).

Fact is, most Americans aren't upset they aren't getting their treadmills since most in 2021 can't afford treadmills.  That's for the upper 1/3 of the country.  Most are seeing their ability to feed their families and afford basic needs for living severally compromised.

But our elites don't care, any more than they give two swinging damns or a hell about blacks, women, Asians, Hispanics, or anyone for that matter (except the LGBTQ community, which is ever and always sacred, with exception).  When convenient, they care.  When the suffering can't be exploited, let them rot.

Exactly what New Prolife Catholics will do to fight this snobbery and contempt for the suffering of the least of these - for it is the least of these who are suffering in this - I don't know. I'd like to think this would push them over and force them to call out such flagrant disregard for human needs.  We'll see.

Email ThisBlogThis!Share to TwitterShare to FacebookShare to Pinterest
Labels: The End of Liberalism, The media and the Left