The prophets of fact check

By now we should all know that the current spate of 'Fact Checkers' are basically thralls and hacks who rush in to defend the Left at all costs.  Period.

There are many ways they do this under the guise of 'Fact Checking'.  Ignoring a mountain range of correct analysis to zoom in on one falsehood uttered by a non-leftist.  Or admitting a non-leftist is correct, but then finding something unrelated that is false just to say it isn't correct.  Or the opposite, where the leftwing advocate has made a false claim, but rushing about to find something she said that is true.

And on and on.  You know the tricks.  Well, here is a fine example.  So John C. Wright posted this: 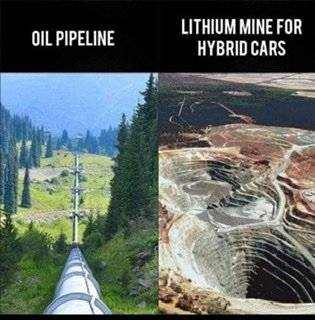 It sure makes a point.  Though I'm always skeptical of memes to begin with, so I did some digging. I eventually found a similar meme.  It wasn't the picture Mr. Wright used, but it was another one making a similar point: 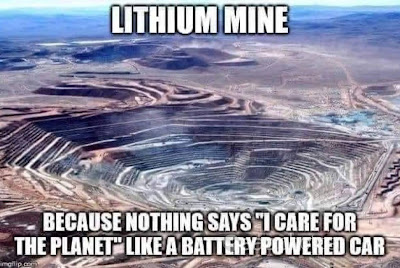 A strong point to be sure.  According to this 'Fact Checker (TM)', however, that's a false meme.  Because, apparently, it's not a lithium mine at all, but a copper mine.  Therefore it's false.  True, copper is used in electronic cars, but we won't go there.  It's not a lithium mine, so technically the meme is false.

Instead, the "Fact Checker" points out that the biggest lithium mine in the world isn't anything like that one, so it's not just false but patently unfair.  So I went to see the big lithium mine it mentions (in Australia, FWIW).  And what does that mine look like?  It looks like this: 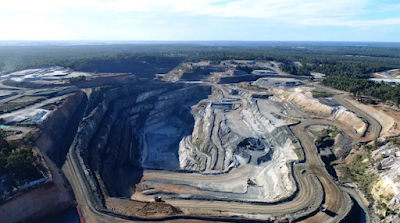 So, we can have this meme instead:

And boy does that make all the difference!  Thanks Fact Checkers, for clearing things up!
As the ancient proverb says, she who trusts in Fact Checkers has hole in head.
Posted by David Griffey at 5:30 AM

Email ThisBlogThis!Share to TwitterShare to FacebookShare to Pinterest
Labels: The media and the Left, The Party of Lies