In that school year in which we fulfilled our obligation of reading To Kill a Mockingbird, I remember a discussion about the Radley house.  Our English teacher mentioned the omnipresent haunted house that every town and village in the history of American towns and villages had to have.  In our rural county seat, the official 'haunted house' was this little gem: 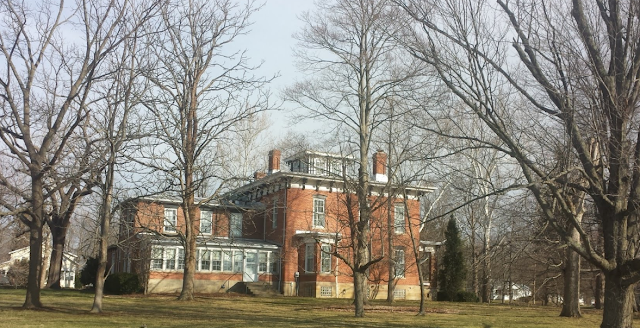 This is a picture I took some years ago when I drove through my old stomping grounds.  When I was young it was abandoned, and remained empty until long after I graduated high school.  Being abandoned, the yard was overgrown with weeds and undergrowth.  An old iron fence surrounded the yard then, with cracked stone pillars on each corner of the grounds, each with a small gargoyle on top.  The iron gate was padlocked.

It was a common 'dare' to get kids to do what every kid in every town with a haunted house ever did, and just what Scout and Jem did: find a way through the fence, run up and touch the front door.  Since we were perhaps more sophisticated, however, we didn't stop at touching the front door, since even in the 1970s we didn't imagine some spectral hand would reach out and grab us.  Instead we looked for some clue about why the house was empty.  For ease of access, we imagined that clue might have been in the cellar.  We would crawl about the weeds along the sides of the house, trying to see through the basement windows that were caked with dust or boarded up.

Nonetheless, despite such a prime haunted location, our county had houses aplenty that could qualify for haunted houses - some of them inhabited.  I've written before that when we first moved to that area, we lived in a house my dad built on 20 acres a half dozen miles outside of town.  Beyond the cornstalks and hay bales, you would see no end of houses in the area that could fall under the category 'haunted looking.'

The setting was Northcentral Ohio farmlands.  Not the endless stretches of grain and corn you see in Nebraska or Kansas.  They are smaller, a few hundred acres at a time, separated by brooks and lines of unkempt trees and woods.  Also, back in the day, you would see no end of broken down machinery and abandoned buildings.  You don't see those as much now, so I'll assume the tax laws changed at some point. 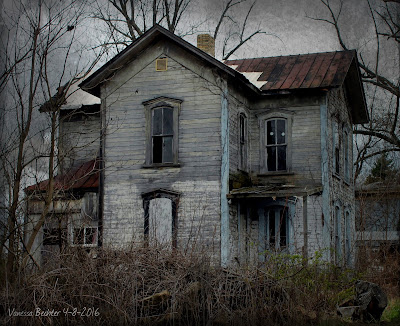 Fix the windows, get the door patched up, a few minor repairs, and that's the house my mom had to go to the night our car broke down coming home in a midnight thunderstorm when I was four.  An added bonus to that story was the elderly woman who answered the door, with nothing but a single table lamp lighting a room decorated in early 20th Century Victorian.  According to my mom, she actually had a shawl on and everything.  How straight out of Adams Family Halloween can you get?

That's why my parents moved, by the way.  Given that was the style of neighboring households as often as not, my mom just couldn't take being home by herself when dad worked overnight.  She had spent her whole life in cities and towns, and that was a bit much.  So in to town we moved, and began a new phase among many phases of my childhood. 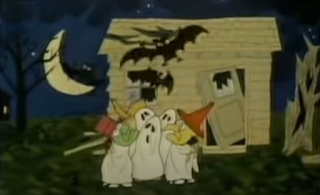 And yet, it was also fun.  There was something about that feeling of 'haunted' I got as a kid.  It's the same feeling I likely looked for running around that old abandoned house in town, trying to peer in the basement.  I think it's the feeling we still try to get when we watch horror movies, or go into haunted houses around Halloween.  There's something about a place that looks haunted that strikes a primal chord in us, a chord too many have likely lost due to an age obsessed with STEM and all things digital and technological.

With each passing day, I'm more convinced we've lost something in our modern age.  No matter how many angels we talk about on Sundays, or how much we kick around the hereafter, the easy relationship with the Invisible side of Creation and our five physical senses remains at arm's length, blocked by endless wires, processors and digital tech.  Not that it had to drive a wedge between a secular and a spiritual grasp of the world, but somehow it did.