They have sown the madness

And they shall reap the insanity: 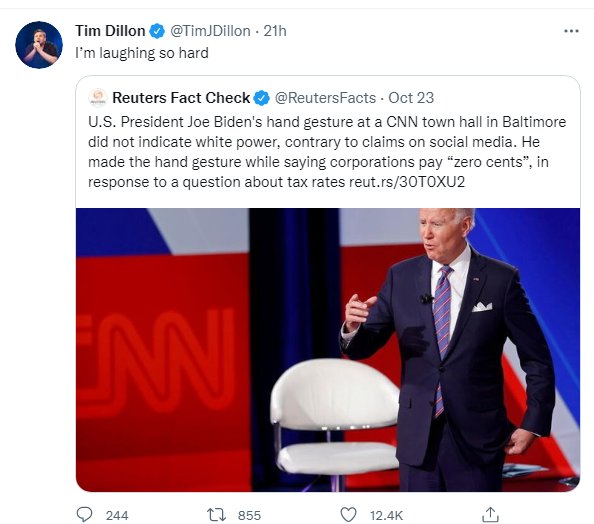 The world we live in today is part Twilight Zone episode, part Saturday Night Live spoof, a whole lot of Monty Python's Flying Circus, and a spot of Nazi.

The Left won't be deterred of course.  There is a strange power the Left has over its adherents.  It can betray them.  It can attack them.  It can watch them fall victim to its own tactics when those tactics are used against them.  And yet they remain eternally loyal.

Nonetheless, there is something poetic about watching those on the Left get hit and hit hard by the same weapons they have so crassly developed over the years.  For how many years have we seen people eviscerated because some wacky leftist on the Internet declared the peace sign a secret Nazi symbol, only to see the media jump on board and engage in scrubbing endless movies and photos that display such vial symbolism as the former peace sign?

I'd say take that Leftists.  Maybe next time you'll be a little slow on the whole 'secret proof person is a Nazi' garbage that has served you so well.

Email ThisBlogThis!Share to TwitterShare to FacebookShare to Pinterest
Labels: The madness of the Left, The Power of Propaganda, What comes around goes around