I'm disappointed but not surprised 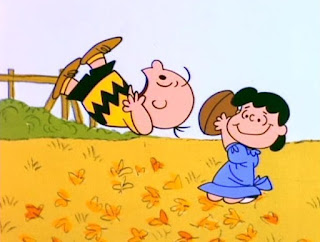 One reason we have a president like Donald Trump is that American conservatives were tired of being shafted by the only party that wasn't at war with them.  As the March of Youth for Liberalism this weekend demonstrated, there is no level to which the American Left won't sink in order to gin up support for its cause.  That the overwhelming majority of the march was focused on issues and solutions that would barely phase the majority of casualties in our modern age of violence is entirely irrelevant.  It was using kids as shields for the greater cause of teaching a new generation to demand 'other' Americans sacrifice for their safety.

Conservatives have been fighting this growing plague for decades, turning to the only party not wholly and entirely invested in the post-Christian, post-Western, post-nationalist Left emerging across America and Europe.  And yet that same party continues to payback their support with the most limp-wristed, lame and impotent responses.

So whatever has happened in this charade of budget deadlines and budge compromises, there has been one ongoing consistent: Planned Parenthood continues to be funded at all times.  Supposedly conservatives are continuing to insist that abortion is the great moral crisis of our age.  After all, eliminate the right to life before it begins, and all other rights fade away.  Even as many post-conservative Christians throw abortion under the bus in order to curry favor with the pro-population control Left, conservatives are supposed to be about keeping it a central issue of the day.

So what happened?  Once again, the Republican majority congress sent a temporary budget to Donald Trump - their knight in shiny armor - that ensured Planned Parenthood would continue to be funded.  Supposedly this is why Trump was brought in, even if his own views on defunding Planned Parenthood, just like most of his views, were not easy to pinpoint.

But we know for a fact that each time he has had the chance, he has done nothing to get the Republicans, who control congress, to actually do one of the chief policy demands of conservatives, and that's defund planned parenthood.

It's been compared to Lucy pulling the football away from Charlie Brown, the way the GOP has treated American Christian conservatives over the last couple decades.  Sometimes, I'm inclined to agree.


…Sen. Rand Paul (R-KY), joked that “It’s a good thing we have Republican control of Congress or the Democrats might bust the budget caps, fund planned parenthood and Obamacare, and sneak gun control without due process into an Omni…wait, what?”