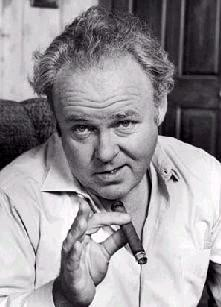 Was it all a giant, Commie-pinko plot?  Apparently more than we were told.  John C. Wright and his wife, have interesting articles confessing what people my age know so well: that growing up, we were told the most evil thing to happen in the 20th century after the Holocaust was "The Red Scare!".  Joe McCarthy and Hitler were in the same camp.  The streets ran red with the blood of innocent martyrs who were accused of Communism, Socialism, or any other -ism not in line with good ol'American Values.

But here's the thing.  We know, since the fall of the USSR, that many who were accused of being Communists were, in fact, Communists.  In some cases, we've known all along.  Dalton Trumbo, the famous black-listed Hollywood writer, was known to be a Communist since I was a lad.  Kirk Douglas famously gave him billing for the movie Spartacus.  The funny thing there is that Douglas envisioned the movie as a parallel to the Jewish return to Israel following the terrors of WWII.  Trumbo, never one to lose a chance for promoting his beloved Communism, spun the story a different way.   If you watch the great movie Spartacus (and it is one of the greats), watch it with the knowledge that Trumbo made it about the beautiful Communist upstarts defying the evil American Empire. You'll never see the movie the same way again.

Anyway, there were Communists in the country.  Many who were accused by McCarthy were Communist.  Sure, he went overboard and some were falsely accused.  But much of what he said was correct.  And if you think about it, we ought to be darn bothered by that.  In fact, why would we treat as heroes people who advocated for perhaps the most horrific and brutal and murderous ideology ever to find its way into human history?  We certainly wouldn't think twice of ostracizing someone who still had positive things to say about Nazis.  Heck, imagine someone in Hollywood coming out and saying that homosexuality is immoral or disordered.  Imagine how long they would last.  Talk about blacklisting.

Yet those who were blacklisted despite being avid supporters of this murderous ideology are almost deified.  That's because, in the end, those Communists did their jobs and did them well.  They convinced the nation, especially the Left, that the only thing we have to fear is, well, America.  And the Christian West.  The foibles of Communism, while certainly exposing a few abuses, were not nearly as bad as, say, the Crusades, or the Inquisition, or the Founding Fathers, or the Civil War, or Segregation, or the Trail of Tears, or Japaneses Internment Camps, or on and on and on.  America was the most wicked nation for killing its hundreds, but Communism was nothing less than awesome despite the slaughter of its tens of thousands.

Food for thought on this sunny, April morning.
Posted by David Griffey at 9:39 AM

Email ThisBlogThis!Share to TwitterShare to FacebookShare to Pinterest
Labels: History, The Power of Propaganda