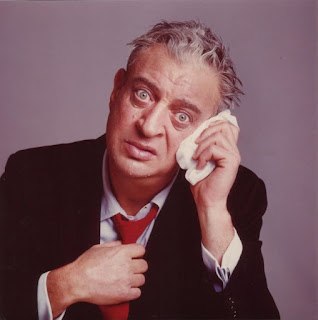 The Vatican has come out an reiterated in clearer terms what the Pope has already said: do not move to legalize illegal drugs.  This is funny because many who love the current pope are, shall we say, to the left of center.  Others are those who have adopted a sort of anti-traditional bent, even if they are not liberal themselves.  Some are of the modern non-conformist, quasi-libertarian bent who find solace in the Pope's hands-off approach to certain social sins.

Many are ones, in the end, who have scoffed and heaped scorn at illegal drugs and our approach to fighting the drugs problem.  Not that there aren't areas worth criticizing.  Not that there aren't areas that need improvement.  If your position is that we need change, you'll always be right.  There are seldom points in history where anything is absolutely perfect and without flaws, so calling for change puts you in the drivers seat.

But many have gone beyond that to loving the Pope, and also joining the 'Legalize drugs, what could possibly go wrong?' movement.  When Pope Francis first spoke out about this, it was fun to watch several on the Catholic Internet squiggle and squirm and try to insist that the Pope was suddenly only offering an opinion, or he didn't actually say not to legalize the drugs, or he was just firing from the hip and didn't need to be listened to in this case.

That was when it was brought up at all.  In most cases, I saw it brought up in different comments sections as opposed to actual posts, since apparently those who have loved the Pope with an unending love were for some reason reluctant to post that story.

I say it is funny because with Pope Francis, much of the defense of him has boiled down to variations on the phrase 'shut up or you hate Jesus.'  Basically Catholic versions of the old fundamentalist Protestant retort 'why don't you believe the Bible is the Word of God?'   The Pope has spoken about immigration, obey!  The Pope has condemned excessive Capitalism.  Obey!  The Pope has said Catholics and Muslims worship the same God.  Obey!  Or you hate Francis.

More or less, that's the gist of most arguments by serious Francis Fans.  So when the original story first broke, it was with a certain malicious delight that I read several running about, pulling their collars in the manner of Dangerfield, and insisting that the Pope only looks like he might be thinking about the possibility of commenting on an issue that might not necessarily demand only one possible opinion.  Hey, let's all just get along.  We can disagree!

I regret that I have no links from those conversations.  Again, I had a hard time finding any posts that addressed the story when it originally broke.  In most cases, the point was brought up by critics of Francis who were throwing his statement up against people who had been jumping onto the modern legalize drugs movement while demanding total obedience to the Pope regarding more progressive topics.  In most cases, the answers were like that above: his opinion, he's no expert, we can agree to disagree, or even he's wrong.  Which is fine.  I think that works.  Just like it works with other topics on which he comments.
Posted by David Griffey at 10:02 AM

Email ThisBlogThis!Share to TwitterShare to FacebookShare to Pinterest
Labels: Catholics and the Internet, The Pope