Because when I googled "News", this came up: 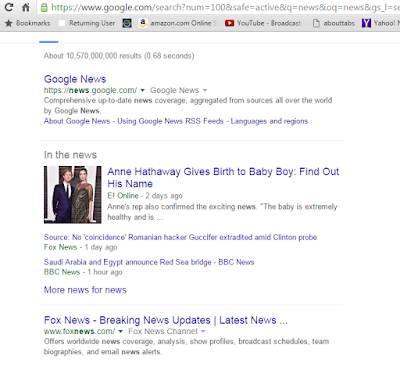 As opposed to headlines screaming "Pope Francis rewrites Church teaching to welcome gays!", or something like it.  I've seen a few stories, and read some takes in various media outlets.  Mostly focusing on the fact that the document seems to open a bit of a door for divorced couples following Pope Francis's approach to erring on mercy where the sins of the modern Western progressive tendencies dominate.  Otherwise, no major doctrinal shift, and for that, the media is still working on how to spin the document.

Had there been a major change, especially to allow for some progressive banner cause, especially gay marriage, then you can bet your bottom half dollar that all stories would have been put on hold.  Donald Trump could have shot Ted Cruz, and the headlines would have still focused on the document.  As it is, I know that Anne Hathaway gave birth to a baby boy!  I'm glad for her.  I also know, without reading it, that the document didn't say anything major as far as the Left is concerned.  Sometimes if you use the press's tendency for propaganda the right way, it can save you time.
Posted by David Griffey at 10:15 AM