Why the Catholic abuse scandal will likely continue 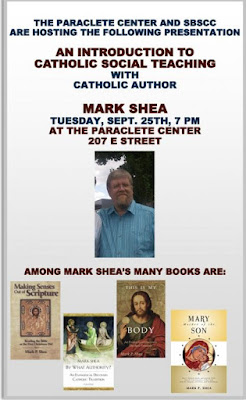 I no longer visit Patheos or that cesspool of hypocrisy and sin that is CAEI, and the sun shines all the brighter because of it.  But I saw this referenced.  CAEI is a bastion of modern Leftist propaganda, falsehoods, misrepresentations, character assassination, calumny, personal attacks and rank partisanship in defense of political and moral forces diametrically opposed to the Christian Faith.

In its comments section, all manner of mortal sins that cry out to heaven for vengeance and intrinsic evils are openly advocated: late term abortion, assisted suicide, homosexuality, anti-Catholicism, anti-Christianity, blasphemy, Marxism, euthanasia - why the list is endless.  The only coinage required on the ferryman's toll is that you hate traditional Christians, the USA, and all conservatives who still blaspheme the true saving gospel of liberalism.

As long as that sort of thing continues to find acceptance and affirmation among Catholic schools, parishes, clergy, and Catholic ministries, it shows something about the greater culture of Catholicism.  It shows a willingness to turn a blind eye to sin within the ranks since, well, let's raise a beer and celebrate because - Catholic!  And if it is done in this case, it will likely be done in others, up to and including sexual abuse and sexual immorality.

UPDATE:  As if to illustrate my point about the true darkness of CAEI, I was given this:

Yep, that's a reader saying the solution to the scandal is to return to the whole of the Church's teaching.  Mark responds by falsely accusing him and standing firmly on the pro-choice movement's narrative and modern liberal deflection from personal responsibility.  When a paid apologist attacks people for invoking Church teaching to solve a problem in deference to the heresies of a movement based on abortion rights, it's probably time to pull the ripcord.

Why I wouldn't read anything posted there now if I had to.  Though notice he will continue to be lauded and praised by Catholic clergy, ministries, publications and institutions.  My point.
Posted by David Griffey at 6:00 AM

Email ThisBlogThis!Share to TwitterShare to FacebookShare to Pinterest
Labels: Catholic, Catholic blogging, Catholic Church and the Left, When the Church was Wrong