An' the Democrats'll gits you ef you don't watch out

With all due respect to James Whitcomb Riley.  The Democrats are going after adolescents now, reminding even teenagers (boys at least) that someday the slightest deviation from perfection, the slightest joke, the slightest indiscretion, or even a pure life of morality and goodness, may still wind you up in the Left's Soviet gulag dreamscape.  If it takes decades to point the finger of accusation, so be it.

Unlike most totalitarian regimes that feel the need for kangaroo courts and trumped up evidence, the Left is proudly boasting that no evidence is needed.  No courts, kangaroo or otherwise, need be bothered with.  They point a finger, they destroy a life.  They don't even have to be sure of the accused's identity! 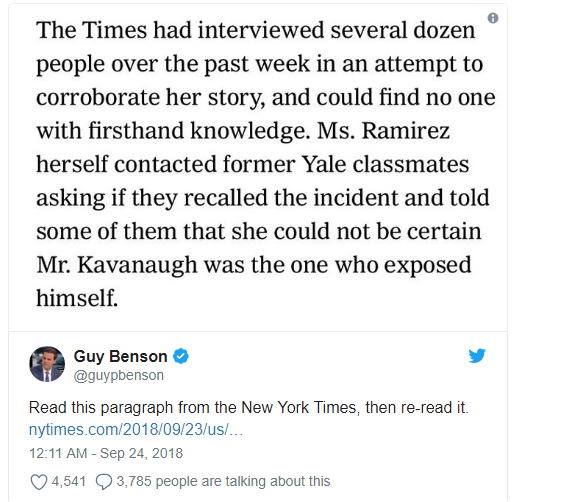 From the latest accusation meant to destroy a life that has hindered the political Left.

John Oliver, one of several slavish thralls of the political Left with his lips pressed firmly against the Left's collective buttocks, demonstrates that willingness to hate and destroy all who fail to worship the progressive idol.  This is showing the KGB how it really works.  No need for fake trials or bogus evidence.  The modern Left just destroys with nothing but its pointed finger.
Posted by David Griffey at 7:54 AM

Email ThisBlogThis!Share to TwitterShare to FacebookShare to Pinterest
Labels: End of Liberty, Left and a New Communism, The fight for freedom American Style