A vision of our post-Christian progressive nation 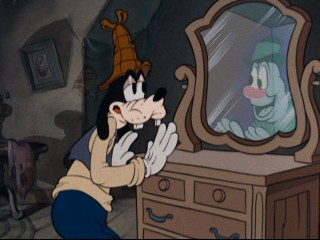 Is in this story. It wasn't Kim Davis.  Kim Davis initially created a bit of a collar tugging moment for the progressive allies in the media.  After all, we are the land of the free and home of the brave.  Homosexual rights was born in the old 60s question of 'who's to say what's normal?'.  It became a beacon for the ultimate fight for rights and equality.  It was swept forward by liberalism's promise of a nation of ultimate freedoms where everyone could do or say what they wanted and be respected and embraced for the trouble.  After all, wasn't morality just formulated opinions?

And now you had gay rights activists shouting that the bigot ought to be thrown into jail where she belonged.  There she was, mug shot, prison number, all because she didn't conform to this movement of unbridled freedom and equality.  In the words of Disney's immortal Goofy: Sumthun' wrong here!

Finally there became enough legal mumbo-jumbo and drawn out debates that the question became was there really a legal basis for her imprisonment or not.  Of course there was.  The law now reflected the values of the post-Christian secular left, and like any society in history, this movement has every intention of mandating conformity to its values and imposing and legislating its morality onto the masses.  Based on the laws of any land at divers times, the strangest things can send you to jail.  And strange it was.  After all, if you went back even 20 years, do you think people would have imagined that it would come to a person going to jail because they did not support gay marriage?

So the name Kim Davis was quite the pickle for a while, and enough to give most thinking people pause.  The names of Aaron and Melissa Klein, however, are not well known.  Their case is.  Or at least should be.  A bakery that refused to provide services for a lesbian marriage celebration.  Of course those lesbians could have found any one of a hundred bakeries in Oregon that would have drooled at the chance to cater the event.  But that wasn't the point.

The point, as is the point with most of the progressive secular juggernaut, is submission.  Oppressing diverse views and demanding conformity and obedience.  So the movement, aided by the media and its pals in the legal universe, swooped in and won a victory against Christianity and non-progressive morality, not to mention freedom and liberty for the thinking person.

The irony is that traditionally, Americans never defined freedom as anyone being able to think or do whatever they wanted.  Americans understood freedom as being set beside a set of morals and values that all should be expected to follow.  The progressives, the liberals, did.  It was that freedom that liberal view of freedom that was the canvas under which the gay rights movement gathered its forces.  And yet, where is that promise now?  The same place most such lofty and unrealistic and, quite frankly, laughable promises end up once those making them get the power they crave.
Posted by David Griffey at 9:42 AM