Right now, that's the heartbreaking story.   I realize it is no problem to drive this home to its logical and evil political conclusion.  I know if unfolding events are true what can be said, what should be said, and what should be called out as the evil it is.

But that misses the point.  The point is a child is dead.  We see the side of the culture of death and its exploitation and dismissal of human suffering - even the suffering of children - according to convenience.  Le'ts not us fall into that trap.  Even now, I've said more than needs said about that subject.

Instead, let's focus on the death of a child, and hearken to a time when the nation would mourn together, the national press would tell us about this wonderful child and the life so brutally taken away.  We pray for the poor, grieving family.  We weep with them.  And we weep for ourselves, for young Cannon is safe in the lovely arms of the Holy and Loving God we know.

May the peace of God cover the hearts and minds of his parents, family, friends and all whose lives were no doubt touched by their blessing of having Cannon for these five special years.  May the Lord lift them up, as He no doubt lifted up Cannon from this vale of tears and brought him to a more perfect place.

There will be time to seek the truth, to seek justice, and to find out what needs said and what needs repented of.  For now, let's let our prayer rise up to the Lord and surround those who need them so much.

God bless and keep young Cannon in your loving embrace, and let perpetual light shine upon him.

UPDATE:  There is a funeral and vigil planed for Cannon.  This, no thanks to the national press that has almost entirely ignored his life and murder.  Some day the spirits of Germans from the 1930s will rise up and condemn our generation. 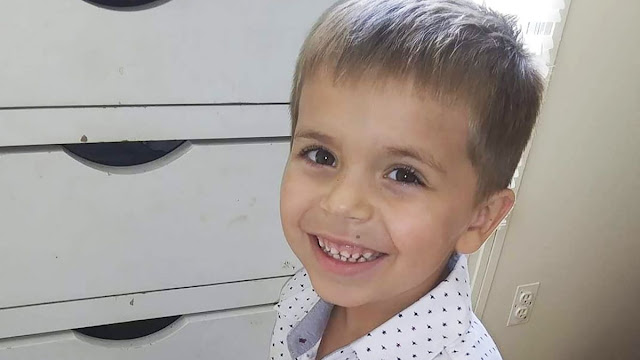 Posted by David Griffey at 2:22 PM