Let me help CNN out a bit

Their headline: A 25 year old man has been charged in the shooting death of 5 year old Cannon Hinnant.

In our modern era, it should be thus: A black man has been charged in the murder of a 5 year old white child, Cannon Hinnant.

Of course if the suspect was white and the victim black, we all damn well know that's how the headlines would read.  And we know why, despite a robust Social Media push to have Cannon remembered by the nation at large, almost every national "news" outlet has ignored the story.  It sends shivers down my spine to think of how far we've come.  How much worse when I look up 'New Prolife Catholics' who have not so much as mentioned the boy, even as the few stories about him populate their feeds and blog sites.

The great evil, racist, 'make the Nazis look good' development in our age is the ease with which we no longer care about human beings or human suffering but that they aid the political agenda.  Add to that the skin color mandate, and we're starting to look like a Berchtesgaden party, but without the whimsy.

Now, I do need to give kudos to CNN for actually mentioning the story.  It joins a small and elite group of national press outlets that have bothered.  And again, we all know why.  To deny it is to be a liar and a fraud.  It's because of the skin color.  Valuing and judging people based on skin color is now mandated - in our schools, our media, our popular culture even some of our churches.  Almost overnight, we concluded that Nazis and Jim Crow were onto something, they just had the wrong skin colors.  And voila!, it became racist to not look at skin color in deference to some content of character rubbish.

That's called a totalitarian state.  Declare BS truth, and threaten within an inch anyone who fails to repeat the BS mantra.  If we are wondering when America ceases to be free, we might want to look in the rearview mirror rather than down the road. 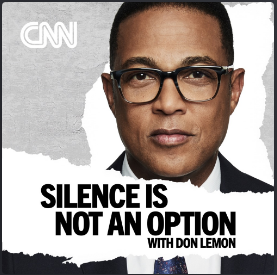 Note: On the other hand, good hearted Americans - I'd like to think on all sides of the aisle - have responded to support for the family.  Again, we wait for evidence and facts before rendering judgement about the case.  But we have enough evidence to judge with righteous wrath our deplorable propaganda ministry for ignoring this story and the reasons it has done so.  For that verdict, we have all the evidence we need.
Posted by David Griffey at 12:42 PM

Email ThisBlogThis!Share to TwitterShare to FacebookShare to Pinterest
Labels: Racism, The evil the Left does, the Joy of Racism on the Left, The Power of Propaganda