Dark night of the Catholic soul 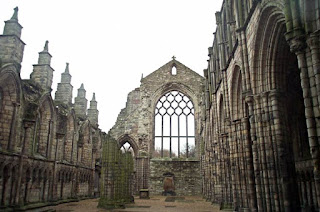 What can be said?  I didn't leave the Church because of this.  I left the Church because my family was losing faith in the Gospel that all too many within the Church no longer seemed to think was anything other than our personal opinion.  Given what we lost to become Catholic, that was a tough pill to swallow.  It was made tougher as we had a pope who increasingly acted as if the only unforgivable sin was not keeping up with the times.  We could have stayed in Protestantism with our 529s and our retirement funds and believed that.

As a Protestant, I noticed most of my clergy colleagues didn't jump on the pop culture and media bandwagon and beat up on the Church.  That's because we all knew that such things weren't unique to Catholicism.  There might not have been the feeling of widespread, systemic cover up that we saw in the Catholic scandal.  But we did have scandals.  The Orthodox Church is no different.
Fact is, we became Catholic in the early 00s, when the priest abuse scandal was being used to bludgeon the Church on a daily basis.

But nothing - nothing in my life, in my years as a vocational clergy, in my years looking deep into the heart of the Faith traditions our lives have gone through so much to follow - have I seen anything like this.  I'm at a loss.  I just don't know of any other institution or organization that has seen this much horrific, systemic, purposeful hellish sin.  Even Hollywood in the post-Weinstein era, with the casting coach on full display, pales in comparison.

There is something truly demonic in all of this.  Some say it isn't Vatican II.  After all, the charges go back 70 years.  But who were the ones pushing the Church into the Second Vatican Council?  Perhaps it's the Church's belief that the Faith must follow the world that is at the root cause.  Perhaps there is this constant desire to rework the Faith to keep up with the Joneses.  Others are saying it's just clericalism.  It's nothing new, just another problem needing fixed.  I don't know.

I just know it is sickening.  It's so bad that the entire Faith of Jesus Christ gets a black eye or two with this one.  It's not enough for other traditions to point and say 'it's them!'  It drags the entire Gospel down into the pits.

There is a way toward consolation of course.  Prayer and fasting are what is in order.  Also it's time for Catholics to ask if they are more interested in keeping up with the world, or actually saving the world.  How much more has to happen before we conclude the usual stuff isn't working?  How many have to turn their backs on the Faith, or walk away, or dismiss its importance for Christians to admit the obvious?  This might be the most egregious result of the modern way, but it's hardly the only result.

I have no intention of skipping into the Orthodox church next Sunday as if all is right since this is not our problem.  It is our problem.  Because the Catholic Church is merely the most visible example of a religion that has long since lost its ability to bring the Gospel into the darkness of the world.  Rather, the world is increasingly bringing its darkness into the Good News of the Church.  We might think we're converting the world (assuming we don't consider this a breach of ethics), but I think the world has done a bang-up job converting us.

To paraphrase Warren Hollister's assessment of the Franciscan order, Christianity may continue to serve the world, minister to the world and even pray for the world, but I fear we've altogether ceased to inspire our own members, much less the world.
Posted by David Griffey at 8:58 AM