A little controversy in a forgotten corner of America 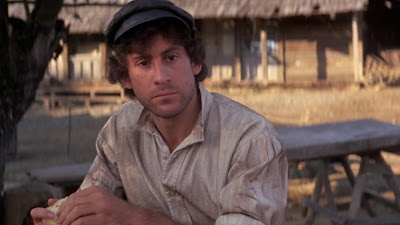 And a reminder that today everything is politics.  To quote the patron saint of our post-modern culture, St. Perchik, "Everything's political."  And so we have some African American candidates at West Point possibly violating rules by injecting a political message into a photo to remind us that there are no longer humans, only members of carefully crafted demographics.  The point is did they violate West Point rules by making an overt political statement while in uniform?  Something, apparently, you're not allowed to do.

Here's my thing.  I'm a rules type of guy.  I'm OK with rules and laws.  Because I can't help but notice when you lose rules and laws, people don't automatically snap into the best possible positions ready to do wonderful, thoughtful things and unleash Utopian paradises onto the world stage.  Usually you get chaos, carnage and catastrophes that set up the arrival of the latest tyranny that promises to fix the problems.  As a visiting priest from Africa once told some folks in RCIA who were lamenting all the rules in the Church (and in the nation): Try living in a country where the government has collapsed and there are no rules.  You might miss them after a while.

Plus, we are a nation of laws.  What that means is, we have laws.  Rules. We have things that keep everyone in line, including those who are over us.  That's an old tradition going back even before there were DVDs.  The Magna Carta gets kudos as the kick-off for this idea, but it was already around well before that.  The idea that laws are above all, and even monarchs and rulers must abide by them, has been kicked around since people had feet to kick.

That's good.  That means I don't have to worry about this dictator, or that oligarchy, or this ruling dynasty to step in an do what they want because they have the power.  Their power ends, at least in theory, at the rule of law.  They are as bound by the law as I am, and thus we are checked; me from just rising up and doing as I please, them by being prevented from exploiting their power and wealth and abusing me.

So law is good. Having rules is good.  That doesn't mean we can't change them, especially if they turn out to be bad or flawed, but we should follow accepted procedures.  If the procedures need fixed?  OK, let's work on fixing them.  But you don't want a mob rule where the ones who scream loudest or threaten the most harm get their way, as is happening in North Carolina.  There, without taking time to actually build a case for Transgender normality, the topic of gender obscurity has been declared fact and hoisted upon the public by use of threat and extortion by individuals and groups with money and power.  If it can happen there, it can happen anywhere for reasons other than abstract gender declarations.

That's why I never liked the approach taken by cable news shows, and before that Talk Radio, and before that the old daytime Talk Shows, where they would find an obscure story about some kid kicked out of school because they wore a shirt or said something in violation of a code.  Maybe the code stinks.  Maybe they should move to have the rule changed.  But if they broke the rule, then guilty as charged.  Work the process to change the rule, don't just chuck the law out the window because I'm Awesome!

Hence the problem with illegal immigration. If there is no other problem with illegal immigration to my way of thinking, it's that we're being taught laws are irrelevant and don't matter depending on who is breaking them.  I'm all for reforming the immigration system.  I support immigration. From the first European immigrants in the 15th century to all who have come to these shores over the generations, I support a robust and open immigration policy.   But I don't support people saying the system isn't good enough, so I'm going to ignore the system.  Nor do I appreciate being told by others - including the Church - that the laws don't matter, that breaking them doesn't matter, as long as you are the right type of person doing it for the right reasons. 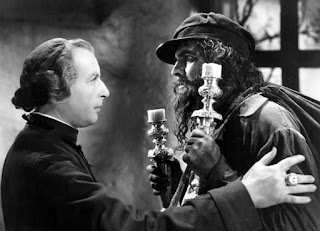 I know, I know.  But Jean Valjean!  In certain extreme cases, can a law be broken and a person still be forgiven?  Yes. I understand with the topic of Latin American immigration people are fleeing horrifying circumstances brought about by the disastrous legacy of Marxist inspired socialist societies awash in a sad mixture of post-colonial upheaval with corruption and lack of responsibility.  As such, they can't wait.  And forgiveness for those who, in desperation, fled to our country certainly can be part of the equation.  But simply throwing our hands up and saying 'screw the law!' is a recipe for disaster.

For just like these girls at West Point may not have thought about, once you say the rules are pointless here, who's to say someone else can't declare they're pointless there?  If you insist that sometimes the laws only matter depending on, well, who is breaking them or who is important or who is awesomely right, then you're just laying the groundwork for future segregation and discrimination, if you're lucky.  You're saying that laws only matter to some people, not others.  And that's sort of the point we've resisted for centuries by clinging to the very tradition of Laws we increasingly seem to be ignoring in the first place.
Posted by David Griffey at 6:00 AM