Yes, Catholics have their fun at Puritanism's expense.  And there are serious issues with the Puritanical approach to Christian living.  However!   On the other side of the tracks, Catholics don't always have the best reputation either.  In the case of Puritans, it's because the essence of Puritanism is flawed.  In the case of Catholicism, sometimes I think it goes back to my musing yesterday.  Moderation is the message, but at times I don't think the problems with exceeding moderation are emphasized enough.  There's not that push to put the bar higher, and remind us that striving for the perfect is our goal, and not just in warfare and social justice.  So while people can rightly joke about Puritan valentines: 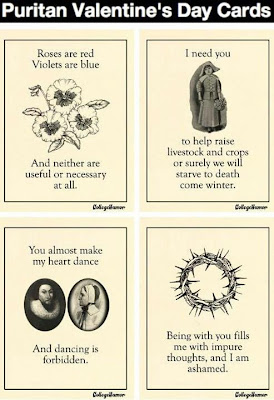 It's also worth remembering what many non-Catholics envision when they think of modern Catholics: 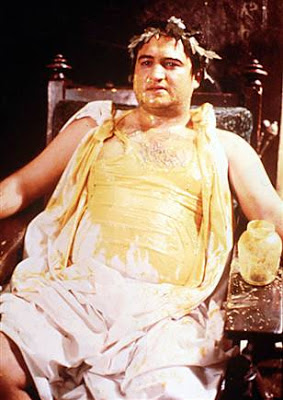 Both are probably extreme cases, and unfair stereotypes, but both point to issues that could probably be improved upon.  And also a lesson about rocks and glass houses.
Posted by David Griffey at 12:03 PM