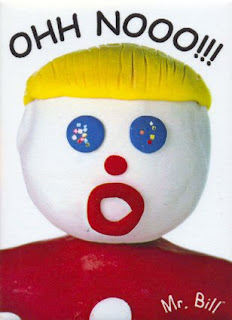 And have our cultural movers and shakers in an a tizzy.  Excuse me for speaking on behalf of someone who struggles a bit with keeping my own weight down.  I've lost quite a bit of weight over the years, but could still probably lose another twenty pounds or so (but no more).  But there are two, well three, reasons I'm only so-so about the whole 'disgusting, fat slob Americans' pandemic of modern years.  Well, five reasons really.  Here we go:

1. Americans love to trash Americans.  It's our national pastime, officially replacing steroids in baseball back in 2004.  If every American looked to be chiseled from Greek marble, we'd find something else to complain about our inherent inferiority.  It's the dark, evil twin of American Exceptionalism.

3. It wasn't too long ago, in the 1990s, when we were awash in story after story of young people, usually young women, dying because of anorexia and bulimia, brought about by the insistence that everyone look like they belong in a Playboy magazine centerfold with a staple in their navel. It first hit with the untimely death of the wonderful Karen Carpenter, and picked up speed until, by the late 90s, we finally said enough!

4. Many of the ones I've seen interviewed, including a nutritionist I just saw on a cable news channel (which I won't mention out of niceness sake, but who gave me the idea for this blog post), look like those emaciated models from the 90s that caused the backlash against focusing on being underweight. Really.  I had said something entirely cruel, but erased it.  But if I didn't know any better, I would have thought she was sick.

5. Our youngest son is nine years younger than our next youngest.  I would say 40% of the things doctors told us to do nine years ago they now scream and say don't do it, it could kill your kid.  Or you must do now who they told you never, ever do nine years ago.  Just the whiplash inducing shift is enough to remind me that for all the talk of disgusting fat people who should use separate drinking fountains, it's really just a fad.

None of this is to say I don't recognize that there are health concerns with being overweight.  I just realize that, like everything else in our post-cold war country, we've got to find the latest "OH NO!  We're all going to die!"  In fact, I can't keep up with all the things that will be killing us. So while I encourage everyone to eat right, exercise, and try to keep weight down if at all possible, I'm also reminded that since we ended segregation, temporarily won the Cold War, and let gays out of the closet, we've been scrapping and crawling looking for someone we can hang a giant sign around the neck and declare: Thank you God you didn't make me like them...'
Posted by David Griffey at 5:13 PM