Why Wikipedia should be taken in small doses

So it is known to those who know us that we are a family of holiday junkies.  We love holidays.  We have Irish Feasts on St. Patrick's day, and cookouts on Labor Day and Memorial Day, July 4th isn't even worth debating.  We're even trying to find a custom for Arbor Day. Naturally the biggies get as much attention as our meager bank accounts can manage.  We put special emphasis on doing things, with the subsequent feasting being an integral part.

For some holidays, we extend the seasons depending on just how much fun stuff we can do as a family.  Even though, as Catholics, Advent is to be a time of quiet reflection in preparation for the coming celebrations, we still do plenty of 'Christmas cheer' leading up to it.  First, our society makes it darn near impossible to do otherwise.  Second, with the celebration of St. Nicholas, we can justify traditional festivities that came before the Nativity.

Another such season is Halloween, or All Hallows' Eve.  I know, and I call myself a Christian!  Well, as I've said before, the whole Halloween thing always set my blood to running since as a kid, I knew more than anything it meant Christmas was just around the corner.  Plus, Halloween is just too darn cool.  I don't mean the horror schlock that passes today, with gore and blood and guts and zombies eating human limbs and all.  Nor do I mean the sexed up 'dress your eight year old daughter like a porn star' rubbish that one finds typical in our enlightened age.

I mean the good old ghouls and ghosts and goblin hosts.  The stuff that sends that little shiver down your spine, that people in olden days used to believe, and today perhaps not enough.  It's noteworthy that the Catholic Church says nothing about there being no ghosts or a spirit world one way or another.  That's fine with me.  Call me a skeptic, but I don't put much stock in it.  I do appreciate the feelings people have for it, and find it a healthier pastime than those dedicated to insisting that there is nothing beyond the material.

So since I do appreciate that feeling that the dead might be getting closer to the living at this time, it's easy to sit back and find a ton of things to do.  We always have our annual 'Ghost Walks', where we frequent cemeteries and find old gravestones or mausoleums to remind us that from dust we came, and unto dust we will return.  Cemeteries with old iron fences or twisted and gnarled trees get a bonus point.  We also do lantern walks, with lanterns fashioned at Colonial Williamsburg that we purchased all those ages ago when we actually had, you know, money. 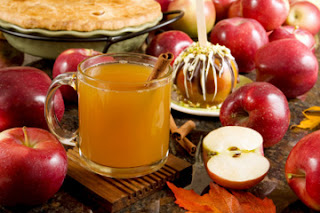 And of course, thanks to the Hollywood obsession with the subject, we watch a truckload of movies and specials.  Because of the hurried schedule our boys have in school, we've had to spread things out and start earlier than we used to.  Used to be we didn't even think 'fall stuff' until October.  But now we begin in September, with the first apple cider and pumpkin donuts.  We start by plopping in the old Universal monster movies: movies featuring Frankenstein and his Bride, the Wolf Man, Dracula, the Mummy, the Invisible Man.  Not all of them each year, but usually the first three in some order.

By October, we begin watching Halloween specials, including the Simpsons' all too cool Tree House of Horror series (at least the first seasons when they were good), the previously mentioned Disney special which kicks it off, and of course no season is complete without the Great Pumpkin.  We also do haunted drives, try to find haunted locales and see various haunted looking houses (Our area has its fair share).

Since the oldest boys are older, we can get some of the more intense films, though we won't show them productions stocked with sex or sexual imagery or too vulgar or gory.  At this stage, they are able to see a few of them, and one that now graces the annual schedules is 1981's Poltergeist.  We first watched it a couple years ago, but the younger of the older three weren't ready for it, and we spent several nights sharing our bed with them after the watching.  But this year we tried it again.  While the basic spookiness and creepiness (and Craig T. Nelson coolness) was still on display, there was only one renegade child up at night because of it.

Now one of the things the boys love to do, especially after watching a movie for the first time, is rush to the Internet to find out trivia and details.  And now we approach our long awaited point!  So, in keeping with their own tradition, the net was consulted for all manner of Poltergeist trivia.  Naturally, as Google is wont to do, one of the first resources to pop up on the list was the Wikipedia article.  We read through it together.  And then we came to the 'Reception' section.  That is, how was the film received.

And what did it say?  Why, to read the article, it was ever and always celebrated and praised.  It was loved. It was considered a classic.  It was better than Citizen Kane!  OK, it didn't say that.  But why should I worry about things like facts and details when Wikipedia, the number one source for information in the Internet Age, doesn't?  According to the article, it was well received and generally praised by critics.

Allow me to retort.  No it wasn't.  It is now.  And there are some now who dare suggest that this movie has more staying power than the other Spielberg movie released that year called E.T.  Yet when it came out, the response was divided at best, with virtually all the praise being reserved for young Elliot and his extra-terrestrial friend.  I happened to catch Roger Ebert and the late Gene Siskel all but panning  it, setting it against the oh-so superior E.T.  Everywhere that E.T. triumphed, Poltergeist faltered.  Nothing but low grade rubbish in comparison.  Spielberg should have focused on E.T. and let the horror to someone else.

Of course some critics may have liked it.  But the ones I heard locally, in addition to Siskil and Ebert, generally panned the movie.  As I said, it has certainly gained traction in recent years, and there are those who say it is now far better in the long run than E.T.  Others like them both.  Many look back at it as a turning-point in modern horror movies.  Yes, nowadays, most critics seem to praise Poltergeist.  But it was not always so.

How can the wiki article say otherwise? Easy.  Follow the sources.  Notice that all of the sources from that section are from works many years later.  They are not from the actual critics of the day.  One source was written in 2000 for goodness sake.  So we have a picture painted that simply is not accurate.  No matter how you slice it, having the two biggest movie critics of the age pan your film does not make it well received. 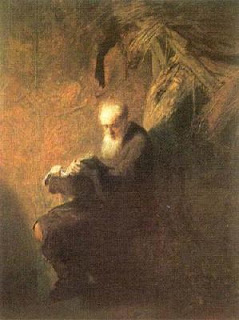 I know.  It's only a movie.  It's only a wiki article about a movie.  And if that's all Wikipedia did, I wouldn't care.  But it isn't.  From physics to history to politics to religion, Wikipedia is the stop off for every subject, and the place to go today for a growing number of people to find out information about the world.  Some people go nowhere else.  To them, citing Wiki is all you need.  And that scares me.

It's not the first time I've seen articles on Wikipedia that suggested bias or incomplete information.  This one just hit home because I have a vivid memory of the reviews of that time.  There are other examples, and therein lies the problem.  I follow the Jesus principle that if you are faithful in little, you'll be faithful in much.  Likewise, if you are reliable in little, you'll be reliable in much.  If Wikipedia is unreliable in a little thing like a Hollywood film, how in the world can I trust it to be reliable about some complex matter like bioethics or historical theology?  How can I go there to find out about George Washington, or learn what happened at Waterloo?

Sorry, but I imagine that there is much I don't know in the universe.  In fact, I'm sure of it.  So I have to have reason to trust something that is telling me about something I don't know.  If, based on the few things I know, I'm able to find errors and bias and inaccuracies, then how in God's green earth am I supposed to trust, when it comes to all those subjects I don't know, that it happens to be spot on?  I can't.  And because I try to resist the "Internet makes us smart" fad, I don't.
Posted by David Griffey at 9:32 AM

Email ThisBlogThis!Share to TwitterShare to FacebookShare to Pinterest
Labels: Common Sense, My Thoughts, Scholarship in the Post Modern World