Following a string of victories over the freedom of religion in America, the Freedom From Constitutional Rights (OK, it's Freedom From Religion Foundation) has set its sites on the University of Tennessee for - I can't bring myself to say it - allowing prayer before football games.  Tapping into the post-modern notion that nobody has a right not to be me, the FFRF has vowed to fight this gravest of evils to save the world from religion.  Notice that the commenters mostly jump into cheer them on, with one wag offering the hope that through crushing financial ruin, they can terrorize the university enough to force them to cave to their demands.

Notice there is not the slightest inkling that they desire freedom, liberty, tolerance, diversity, or any such rot.  They say they are appalled that the prayers are done in the name of Jesus.  Yet how seldom do they complain  that most universities have become, like so many classes of mine as far back as the 80s, nothing other than reeducation centers dedicated to eradicating religion from the planet? Perhaps if I saw the shock at that, I would believe them.  But this is what happens every single time that secular societies have defined themselves by hostility to religion.  Every. Single. Time.  No matter what the promise, countries founded on atheism dedicated to severely limiting religious practice end up looking like this: 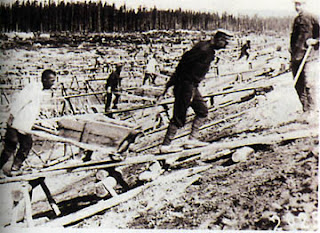 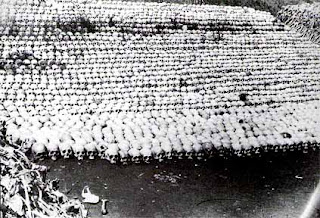 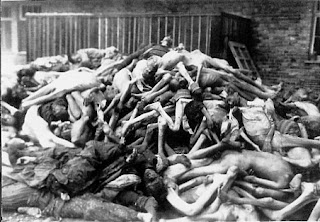 Posted by David Griffey at 3:44 PM