Have an ember day or two

Actually, three to be exact.   Yes, it's that time of year again.  I'm sure you've been preparing for months, getting ready for that time of the year that the Church historically set aside to remember the seasons of the year.  Ember days were three days set aside by the Church for prayer, fasting and alms giving at the beginning of each of the four seasons of the year.  The September Ember days were particularly focused on a harvest theme, since after all, September through November were traditionally the focus of harvesting.  And any rural, agrarian culture will tell you that harvest time was when faith in the Creator God and Lord of every good and perfect gift hit the pavement.

Today, since the most folks have to contend with is having enough money to buy food at the grocery store (an obstacle, I admit, made increasingly difficult by lowering wages and increasing food prices), it's easy to lose touch with this simple connection to the bountiful grace of God.  We can actually be lulled into believing that it's from our own industry and hard work that we made the money from the company we work for that was needed to drive to the store and buy packaged food from a shelf.  It can't be anything but easier to connect with God when we are the ones with dirt on our hands, out in the mud and fields, blisters and calluses as we watch from seed to fruit the results of our labors, and see first hand the complex cycle of life and renewal that works its way through our efforts by the manifold blessings of God. 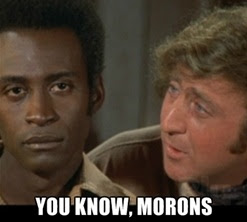 Now two things have diminished this seasonal celebration.  One is, of course, the industrialization and technological advancements of the age.  As I said, that separates us from the down and dirty life of a farmer who, contrary to popular beliefs, is not a mere moron, but is one who can appreciate the gifts of the soil.  The other was Vatican II.  Like so many things Catholic, the good Church's attempts to make a kinder, gentler religion was seen by many as a great excuse to dump all that religious stuff.  Vatican II meant never having to say you're Catholic.  Since we already lived in a secularized, post-Protestant culture anyway, it took almost no effort to adopt the calendar set by schools, movie releases, and Madison Avenue, rather than anything passed down through the ages by the wisdom of the Church.

So sad to say, there won't be much focus on this year's Ember Days.  In fact, one can attend a Catholic Church for many years and not hear of so many things that once defined the yearly life of a devout Catholic.  If you wish to follow this custom, check out the always handy Fish Eaters website for some quick information.  It's a Catholic site with sympathies aimed more toward the pre-Vatican II days.  Still, it's handy for a one-stop-shop location for some of the tidbits of traditional Catholic living.  It isn't complete, but it's a good overview.  Plus, any website that integrates Catholic traditions with James Whitcomb Riley can't be all bad.
Posted by David Griffey at 8:26 PM