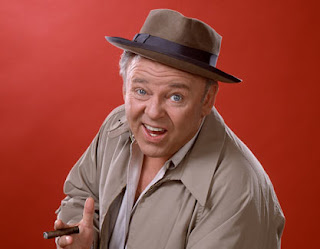 I've said it before, and I'll maintain it until things change: modern atheism is more a personality disorder than an intellectual phenomenon.  Time and again, modern atheists and their chosen celebrities speak the language of bigotry, using time honored tactics used, not to examine evidence and reach conclusions, but to attack and destroy things that one already has deemed to be attack-worthy.  Since the basic goal of modern atheism is the eradication of religion from the planet, and the suppression of the free exercise of religion in the meantime, I have little sympathy for it.  Even when one breaks ranks and attempts to show some level of intellectual honesty and tolerance for other (religious) beliefs, the overwhelming response from fellow atheists suggests that tolerance and a willingness to live alongside religion is a fluke, not the modern norm.

Case in point.  Over at the ironically named Friendly Atheist, Hemant Mehta tosses out a kudos to a church that held a garage sale in order to give out free items to the community.  Since as far as he can tell there was no proselytizing at the event, he decides it was a good thing, and something atheists could learn from.  This is true, as most atheism comes across as a rage against everything and hatred of anything, rather than a positive that does little more than promise a life of self focus and pointless narcissism expressed in hedonism.  Personally, I chuckled at his qualifier that it was OK since there was no proselytizing, especially as Mr. Mehta himself has been a major supporter of the New Atheist Evangelism Explosion being promoted by the likes of Richard Dawkins.  But that's atheism for you.

But the part that got me was the comments.  Read them.  A couple folks jump in to admit this was actually a good thing, and atheists should join in.  But others?  Look at how many rush to point out that this church deserves no credit at all, good things happen all the time without churches, atheists are always doing such things (I guess the absence of a religious organization equals atheism), and there is nothing at all praiseworthy for what this church has done.  The fact that Mr. Mehta seems pleasantly surprised by something churches by the millions have done for generations, just shows how out of touch many atheists are with the one subject that so defines them.  The fact that others rail against the idea that churches deserve any credit at all shows how much of modern atheism is just bigotry in new clothes.

Repeat after me: if you have arranged the data to make sure a demographic is unable to get credit for anything good, while insisting that anything bad is the direct result of that same demographic, to paraphrase Jeff Foxworthy, you might be a bigot.  Because if you arrange the numbers to make something look entirely evil while dismissing any good, I'm afraid you can make any people group look bad.  And after the last century, you'd think we would have learned our lesson.
Posted by David Griffey at 5:30 PM

Email ThisBlogThis!Share to TwitterShare to FacebookShare to Pinterest
Labels: Atheism, Bigotry for the Hip American