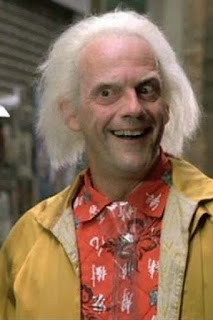 It's not science people don't trust.  Science is science, a method for approaching the material part of Creation.  There's nothing to trust.  That's like saying I trust socket wrenches.  It's the scientists that we would do well to question.  And nothing shows this more than the era of Covd-19.

Not only because of the clear and obvious fact that scientists usually don't know far more than they know, but because their use of knowledge can be as biased as any south Alabama fundamentalist tent revival preacher.   So now it's official: tens of thousands gathering in close quarters for weeks on end had nothing to do with spreading Covid-19!

That is, as long as the protests were pushing the demonstrably false narrative of Black Lives Matter.  If the protests were challenging the quarantine rules,  we all remember how the experts fretted that so many people could cause spikes in C19.  Same for gathering at the beaches.  Even now, July 4th celebrations have been cancelled because large outdoor gatherings could lead to spikes in Covid-19.  Only mass gatherings for BLM have been immune.  In fact, they suggest the protests actually helped (apparently because the riots, violence, death and destruction kept people holed up in stark terror, thereby limiting exposure).  But for whatever reason, BLM is the one case where huge numbers of people gathering together don't spread the Coronavirus!  It's a miracle!

Of course it's bulls**t.  And we know it.  Everyone knows it.  But there's nothing we can do about it.  Since these scientists are merely court prophets for the Marxist left.  Just like scientists who stood beside Goebbels insisting the science proved he was just right.  Just like those scientists who jumped on the eugenics bandwagon because they knew the science was true about all those darkie types.   Science has its court prophets too.  And in an age that trusts and worships science, not God, you can bet the temptation to become a court prophet is greater than ever before.

Our whole approach to the Covid-19 has been highly questionable.  Not that we should have done nothing.  But the thermonuclear approach that has destroyed the lives and livelihoods of millions, while throwing out entire nation into chaos and damaging the Trump presidency (an unfortunate byproduct no doubt), has caused untold damage that will outlast any virus.

As soon as the press puffed George Floyd to cover Biden's butt after his latest 'those quaint darkie types' statement, the medical community's concern about social distancing went out with the flying monkeys.  In fact, some medical pros joined the protests!  Only days early medical pros continued to cry and whine and ball their eyes out like no heroes I've ever witnessed, all in the hope of getting people to social distance and wear masks.  And then, there they were, with tens of thousands, many protesters not wearing masks, nobody social distancing.  And medical pros approved that message!

There have been millions of reasons to not bow at the alter of Sciencegod.  If this didn't do it, we should know better than putting faith in scientists any more than we would any other profession.  If we come out of this mess not learning that lesson, there is likely nothing that could ever happen that will get us to do so.
Posted by David Griffey at 8:00 AM

Email ThisBlogThis!Share to TwitterShare to FacebookShare to Pinterest
Labels: Scientism, Stupid is as Stupid is, The Party of Lies