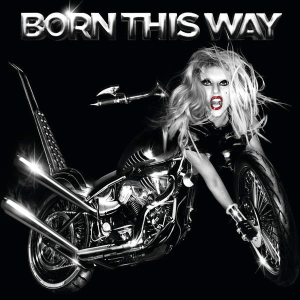 Well this is weird.  According to at least some studies, which apparently gay rights organizations don't contest, those who identify as LGBT are getting pregnant or causing pregnancies at a much higher rate than their heterosexual counterparts.

Now, I'm not a doctor or an anatomist, but it seems that homosexuals who are homosexual because they have no choice and therefore necessarily indulge in their homosexual proclivities would be unable to reproduce.  It seems they would need to have relations with those of the opposite sex for this to happen.  And if so, it seems they are quite capable of doing what they say they were born to be unable to do.  It's almost like it comes down to choice or preference, not biological mandate.

Of course we all know there is no definitive scientific fact that says we know exactly why homosexuality or anything else is a thing.  Like  most things human, there are likely dozens of reasons.  Most actual scientific think-tanks will admit as such - at least in secret places like buried down in the Q&A sections of their websites.

But it reminds us of just how much the modern era has demanded we accept things that are likely 100% false.  Never a good sign.  It's one thing to be wrong.  It's another to accept what you know is wrong.  Of course, beyond that, it's still another thing to think you live in a free country when people accept things that are wrong because they are frightening for their lives if they don't accept them.

BTW, bonus fun part is in the original story, here.  Why are homosexuals having heterosexual sex?  Why, lack of education (our favorite explanation for why liberal dreams end up in dead ends or disastrous results).  Plus, remember that secularism rejects original sin.  Therefore, since liberalism must always be awesome, when liberalism fails, there must be some other reason making it happen.  That the whole homosexual agenda could be wrong, and the vast majority of those who so identity could, with some level of effort, lead a life within the realm of procreative sexuality, is simply not an option. That would be like saying liberalism was wrong.  And the only ones who can say when liberalism was wrong are liberals.  Like how they once said don't judge, and now say if you don't judge you're the problem.   Things like that.
Posted by David Griffey at 6:13 AM