Because as this shows, the mainstream press is barely mentioning it at all.  Some local outlets are running with stories, but on the national level, as can be expected, almost nothing at all.  So we have this: 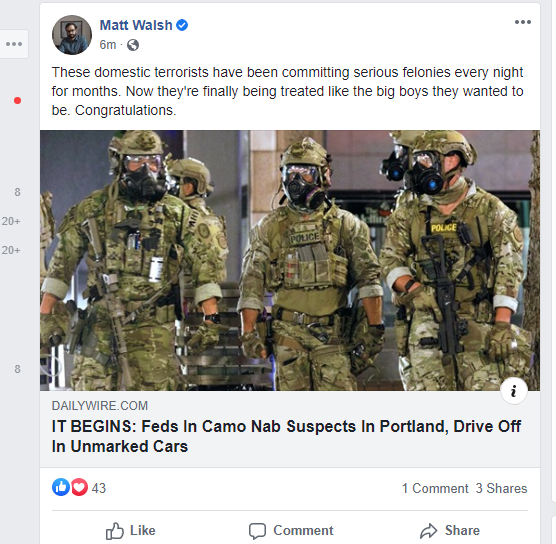 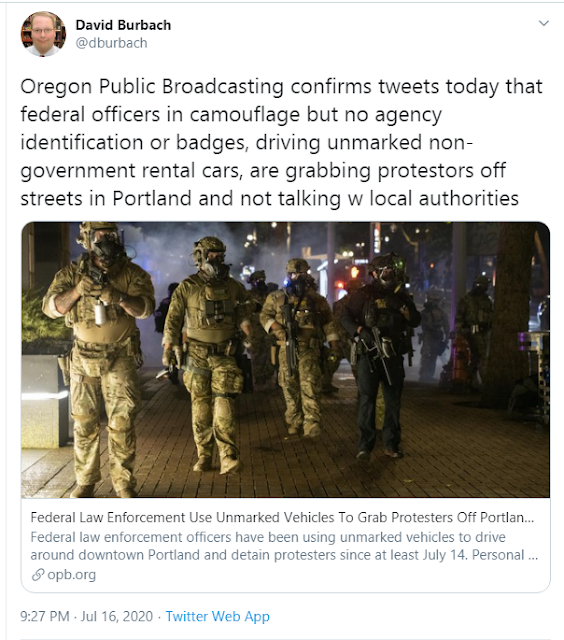 And this is the problem, isn't it. Which is right?  Which is true?  They're both looking at the same events, but the read is polar opposite.  I would say this is why we should ignore social media, since the ability to spin things based on partisan agendas is so easy.

And yet, where else could I go?  Local news is sometimes better, at least it tries to be. I've often thought that's because local news is aimed at a tighter, often more homogeneous audience.  Plus, people are able to access those in local media in ways they can't access national press stars in their wealthy communities behind their ivory walls.  It isn't easy to make sweeping condemnations of people who can get in your face at this year's Arts and Barbecue festival.

But even those can be wanting, and perhaps don't have access to the resources to really unpack the stories.  Another flip side of local news is the lack of resources.  That's why sometimes you'll see the same shot of the same neighborhood when they're covering the latest crime scene that happened somewhere else.  Stock footage, since they can't afford to send a crew out to every story.

But the national thing we used to call the press isn't interested in reporting news any more.  It isn't even trying to present itself as objective.  It's goal is the defeat of Donald Trump.  Period.  That is it.  To that end, it puffs whatever will do the job - such as George Floyd as opposed to any one of a dozen other unarmed Americans killed by cops.  Likewise, it ignores things like this, where protesters and rioters opposed to Trump, conservatives and America in general are possibly turning another American city into a demilitarized zone.

So it's off to social media we go.  It may be biased, but at least it's there.

NOTE: Keen observers who go through the stories in the link will notice that conservative outlets like Fox focus on the story in a way similar to Walsh, while other liberal outlets like Newsweek or The Washington Post (one of the few national venues I found mentioning this) sound a lot like Burbach's take.  Again, another problem.  Even when the "press" does cover something, is it really any different than social media?  Indeed, one wonders if social media is where they get their information from in the first place.
Posted by David Griffey at 5:36 PM