Should Jordan Peterson be feared? 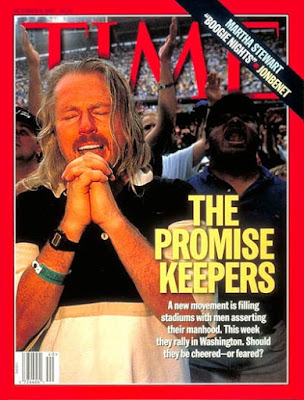 Asks the Guardian.  This is in a long and respectable series of left wing media articles asking the same thing about other threats to liberal dogma.  In the 1990s, we were asked if Rush Limbaugh should be feared.  Later that same decade, we were asked if Promise Keepers - that movement that called on men to be better husbands, fathers and people in general - should be cheered...or feared.

Asking if those who threaten or challenge the dogmas of the political left should be feared is a subtle, backhanded way of fear mongering.  It immediately puts up warning signals for the under informed.

I'm not saying Peterson is right about everything.  I'm sure he isn't. I get the feeling he wouldn't say he knows everything.  Though the things the article suggests are just 'conspiracy theories' are, in fact, legitimate concerns for anyone who values freedom.  The attempts to use central governments to crush freedom of expression and thought in the name of transgender sensitivities has been one of the most naked assaults on free speech and liberty since the attack on Christian business owners not wishing to endorse gay weddings.

Likewise, calling Peterson's realistic appraisal of kids who want to change the world before making their beds pseudoscience comes hard from the side insisting that genitals and gender are not related, and laws must be passed to protect them from the need for puppy rooms until the world conforms to their reality.  It takes more than anyone from the Left nowadays to sound credible when accusing someone of anything 'pseudo.'

Nevertheless, there's a trend there, this movement against freedom of thought and expression.  And it's a trend that Peterson has latched onto and condemned with a public clarity and intellect we've not seen since the late William F. Buckley, Jr.  That has the Left quaking, and this is the same attack from the old liberal arsenal.  That attack is a pincer movement involving two lines of assault.  Discredit him as somehow an idiot, dolt, moron.  That's where the 'conspiracy theories' comes in.  Just the name suggests some loon sitting in a basement in his parent's house.

The other, of course, is evil.  Fear.  This person is dangerous, a threat, a villain.  The Left has long established that to not be liberal is by default to be stupid, evil or both.  That's been going on for decades.  It's how, for the longest time, liberalism could insist it was about tolerance of everything except stupidity and hatred.  Out of dumb, blind luck, to not be liberal was to be stupid and/or evil.  So there you go.

How well Peterson will weather the assaults remains to be seen.  He caught the Left off guard on the now legendary Channel 4 interview.  They won't make that mistake again.  Next time they'll have him in awkward poses where he can't appear relaxed, they'll set him up so physically he can't look as congenial.  They'll take his makeup off.  Something.  Something to discredit him or in some way cripple him before he opens his mouth.  Then, of course, it will get nasty.

So we'll see.  But it's a song and dance I've seen many times over the years, and it reminds me that there is nothing at all tolerant or diverse about the Left, and never has been.  And the main instrument of that intolerance and condemnation is that thing we used to call the news media, that now only deserves to be called a ministry of propaganda; a ministry whose job is to eradicate all who refuse to convert to the Left's new evangelization.
Posted by David Griffey at 12:00 PM

Email ThisBlogThis!Share to TwitterShare to FacebookShare to Pinterest
Labels: Liberal "Tolerance", The media and the Left but I repeat myself