What happened to Jesus?

So everyone was abuzz last week about Pope Francis and Donald Trump.  True, people have parsed the Pope's statement just about every way you can parse a statement.  Whether or not he was saying 'Donald is not a Christian' is up for grabs.  And to be honest, it depends on how charitably you are willing to interrupt the Pope's statements. 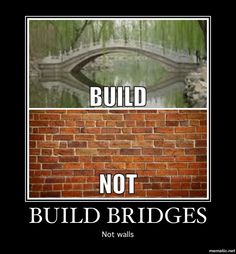 For the sake of charity, I'll give you that he didn't specifically say Donald Trump is not a Christian.  He did, however, say that anyone who builds walls instead of bridges is not a Christian. And that is worth pondering, since it's so vague and so shallow (sorry, it's a shallow statement more at home on Positive Attitude Posters than a theological treatise) it doesn't really mean anything.  Is the Pope, by saying Isis can be dealt with through violence, not building a bridge?  Does that even count?  What does he mean?  Does he mean anything?  Or is it like so much in modern Catholic unspeak, that the words are vague enough that Catholics - and anyone else - can run with them in whatever direction they want?  I don't know.

Nevertheless, as the firestorm spread and everyone either jumped on Pope Francis or defended him, I noticed something.  Much of the criticism of the Pope was centered around the fact that this is the first time he really came out and, focusing on the context of a single individual, linked our eternal destiny to what that individual advocated.  Like this article notices.  The criticism is that he has met with political leaders and world leaders who have pushed gay marriage, abortion, assisted suicide, the assault on religious liberty, and even the torture and murder of their own people, and silence.  If he had anything negative to say, it was behind closed doors.  There were no public pronouncements that you can't advocate for abortion rights and be a Christian.  Or you can't support gay marriage and be a Christian.  Or you can't enact policies that attack Christ's Church and be a Christian.  Or you can't torture and murder your own citizens and be a Christian.  Again, if theses things were said, we didn't hear about them.  Or at least I didn't hear about them.

But he picks this.  This one subject to throw down the fence between the sheep and goats.  So people fired back that there are other issues he should have picked, like those above.  But what I wondered in all this is just where is Jesus?  I mean, heaven and hell seems to be based on a variety of social and political policies or agendas, not on a relationship with Jesus.  I know that in Catholic and Orthodox circles, the phrase 'relationship with my personal lord and savior' is not used, but only because of the connotations of the phrase.  It's not like they don't believe it.  They actually do believe you must have a relationship with Christ.  They actually do say that Jesus is the way, the truth and the life.

So where was He in these conversations?  I mean, Pope Francis has even said that atheists and non-Christians all are heaven bound if they follow their consciences or the path to God in their traditions.  Jesus, in an actual relationship, seems to have no bearing at all.  Especially when the first time the idea of an individual not going to heaven is floated it has nothing to do with a relationship to Jesus at all, but simply a political policy issue.

I know that the Church allows for salvation outside of the Church and outside full knowledge of the Gospel.  I get that Jesus is the judge through which we can have salvation; the advocate for humanity.  I get that God so loved the world.  I understand that our pilgrimage is more than just claiming relationship to Christ via the Sinner's Prayer.

But in all the kerfuffle from last week, by the Pope's defenders, detractors, and apparently the Pope himself, the issue of what one thinks about Jesus or not, or whether one believes in or rejects the Gospel of Christ or not, never came up in the discussions.  It's also worth noting that when  the Pope said this, there was great cheering and dancing in the streets by Catholics who once condemned traditional Catholics for wanting the Pope to call out different people over various sins.  There was not, as far as I saw, a single call to pray for Trump's soul among them.   If we have come to the point where Jesus is no longer more than a figurehead to which we can appeal for ideological validation, I guess I can see why. 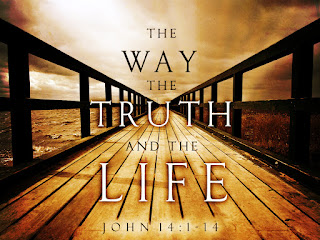