Doing dumb in the age of Social Media stupidity 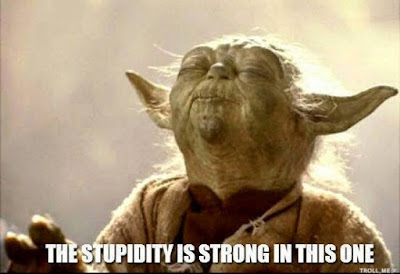 The level of Internet era dumb has just hit another low point.  Just when you thought it was safe to go back to the Internet, we have this.  Outrage! Shock! Scandal!  Kasich apologizes for saying 2+2=4, that gravity exists, and that the earth orbits the sun.

Why?  Because John Kasich, at a campaign stop, said that he won his state senate seat in 1978 partly because 'women left the kitchen' to campaign for him.  He went onto point out that nowadays, if you call home nobody is there.  That's because of the strides that women have made in our society.   That's what he said.  Factually true.  Historically accurate.

And of course, the reaction can be nothing other than Scandal!  The Huffpost stokes the fires of stupidity.  In fairness, not all on the Left are running for their pitchforks and torches.  MSNBC on Morning Joe actually pointed out the level of dumb needed to be offended at such a factual and accurate statement of a historical reality that existed decades ago.

But not to be hindered by facts and truth, many on the Left are seizing upon this to remind us that modern liberalism is all about stupidity, denial of reality, and willful ignorance of facts.  Of course Neanderthals would understand what he meant.  Spartans would get it.  Carolingians would see the accuracy of it.  Colonial Americans would have little problem discerning the meaning of his full statement.

But it takes college educated Americans with access to Twitter to see this, crap their pants, and run into the night screaming offense and trying to make political hay:

Social Media is the best inoculation against education and intelligence yet discovered.  I would be embarrassed to be associated with these reactions that make those old religious fundamentalists playing records backward for Satanic messages seem balanced and thoughtful by comparison.
Posted by David Griffey at 8:36 AM

Email ThisBlogThis!Share to TwitterShare to FacebookShare to Pinterest
Labels: Doing the dumb thing, Ignorance in the Internet Age, Politics, Post Modernity, Stupid is as Stupid is