An Advent greeting from the Pride Community 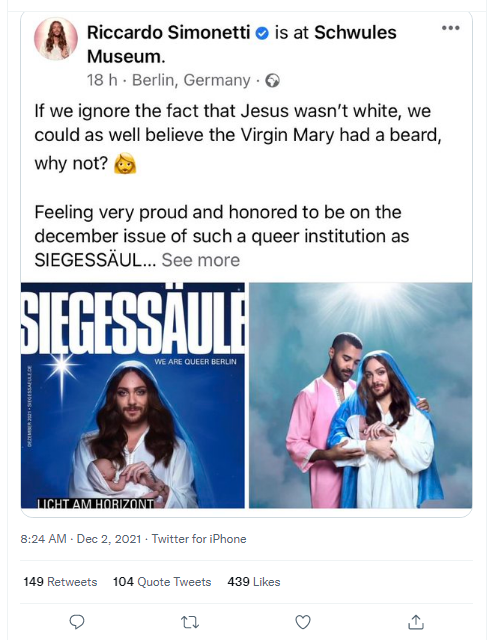 Any movement that takes its name from one of the Seven Deadly Sins should be avoided.

On the other hand, Pride fits.  Only a movement wrapped in pride would continue in the same direction as millions of its own members die from the very goals the movement has obtained.  In America, the majority who have died of AIDS identify as homosexual.  But that seems to be small potatoes.  As does the endless millions of others who of have died of AIDS worldwide.  Never mind the hundreds of millions of abortions and millions of lives otherwise wrecked and shattered.  It takes a certain golly-gee-wiz to stand on a pile of bodies higher than Everest and still have pride in your accomplishments.  Such is the 21st Century in a nutshell.

Yet, despite this, the Church has been utterly impotent when it comes to standing up to the carnage and suffering of this sexual revolution.  I'm not sure which is worse.

Remember kids, Christmas is all about us being saved from such sin, not being given a blank check to embrace it no matter how many die.  That might be the Xmas of the world, but it isn't the Christmas of the Gospel of Christ.

Posted by David Griffey at 8:30 AM