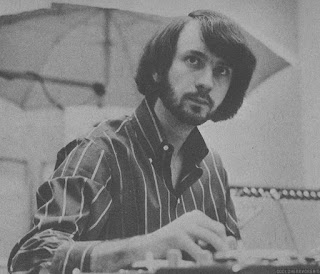 I saw that Michael Nesmith, one of the members of the band The Monkees, has died.  RIP.

The Monkees were before my time.  Three months to be precise.  They rode the wave of Beatlemania, being put together by studio execs just in time to capitalize on that growing demographic of 14 year olds, especially 14 year old girls, who were being left behind as Lennon, McCartney and the gang donned goatees, mustaches and granny glasses and began the march toward making popular music into a true art form.

I remember seeing the episode of American Bandstand that showcased a new song by The Beatles, Strawberry Fields Forever.  In included for the first time an actual promotional clip that had been produced for the sole purpose of selling a song.  Later to be known as music videos.  It also featured the first time the Fab Four had made an appearance in several months since putting an abrupt end to their touring at Candlestick Park earlier that year.  They were not the lovable Moptops that their fans had come to adore.  When Dick Clark interviewed a couple young girls about their feelings toward the video, they made their disgust quite clear regarding those old looking guys prancing about.

That was the target fan base for the Monkees project.  A project that flamed brightly and then fizzled just as quickly.  Beyond a rather shallow premise and limited number of gags, the studios attempted to promote the band as the same band people saw on television.  They weren't.  Two - Nesmith and Tork - were accomplished musicians.  But Jones and Dolenz were merely actors playing musicians.  When word leaked that their albums were recorded by professional musicians and not the four from the series, the group came in for some heavy ribbing.

Despite fighting the studios for more control in order to elevate their status among the '60s music scene, including a moment when Nesmith was rumored to have punched a hole in the wall out of anger, the Monkees were not able to save the sinking ship.  The show was canceled after two seasons.  The band eventually broke up some years later.

I saw reruns when I was young, but paid scant attention to them.  Then in 1986, in February of my freshman year of college, news broke that The Monkees were reuniting with a new album, new songs and a world tour forthcoming.  It was the twentieth anniversary of their television debut. MTV played a marathon of Monkees episodes around the clock. The only snag was that Nesmith, likely the most successful of the group in his solo years, would not take part in the reunion.

That winter and spring semester and the following fall of 1986 were filled with Monkees news, their tour, their new releases, and a few old releases.  For my birthday, I was given a newly released tape of their hits, exposing me to music that wasn't the greatest in the world, but not always altogether bad. A couple hits actually made regular airplay for a bit, including old clips form the Monkees series played on MTV as stand alone videos:

The big 'reveal' of the medley was the end.  Throughout the clip a stumbling, bumbling Santa Clause could be seen in this or that scene being a goofy Clause for laughs.  When the band, the VJs and the MTV crew all gathered for a rousing We Wish You a Merry Christmas finale, only then was it revealed that Santa was none other than Mr. Nesmith himself:

Ah, it seems a universe away.  Mr. Nesmith worked to fashion and improve on those 'promotional clips', and is considered a pioneer of what music videos eventually became.  He is one of several credited with concepts that would lead to MTV.  He was also an early crossover artist, keeping his feet in the pop music world, but fusing that with his love for country music  that was often heard in some of his Monkees selections, as well as his time a a protest singer pre-Monkees.

When fans of the Monkees attempt to build a case for their fandom, credibility by association is often the appeal, with Nesmith being the band member most often cited.  His post-Monkees career is one slot on the resume.  Plus, it was the songs he performed that were often considered the better of the Monkees catalogue (there's even rumors that none other than The Byrds were background musicians on Nesmith's rendition of What Am I Doing Hangin' Round).  Nesmith's composition of Different Drum, popularized by a young Linda Ronstadt and The Stone Poneys, is another oft referenced piece of evidence for the case of liking The Monkees.

A musician to the core, he never set aside music for his other pursuits, even if behind the scenes dominated much of his career.  He never wanted for money, since his mother patented liquid paper, an indispensable tool for correcting mistakes on typewriters before the arrival of word processors.  Eventually he did join the remaining Monkees and did some touring with them in later years.  But none would enjoy the hype and fame they had in those couple years of the 1960s, or even that brief year of 1986 when I first discovered them.

So God bless Mr. Nesmith.  May his family and loved ones receive the peace and strength of God through Jesus Christ in the coming months.  And may God receive Mr. Nesmith into His loving arms.  And thanks for the memories.