I hate this so much

But he's right, as far as his being right goes: 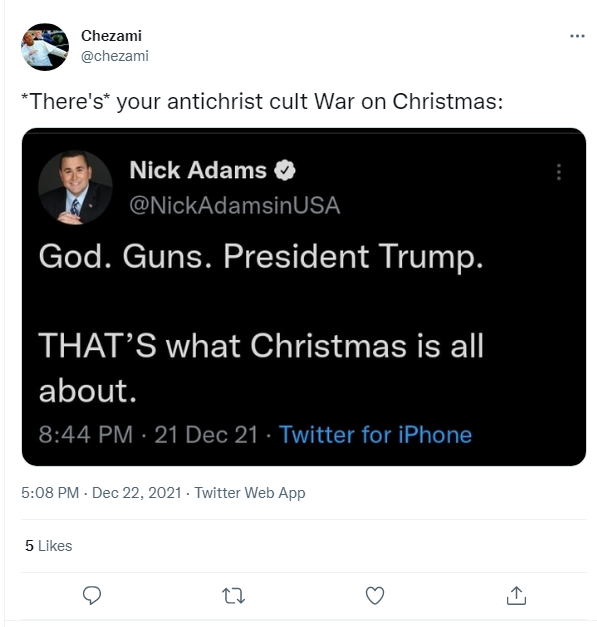 True, Mark seems to ignore the myriad cases of leftwing assaults on the meaning of Christmas.  But in this case, he's correct.  This is every bit as bad as any commercial or worldly exploitation of Christmas.  It's as bad as a series of commercials some years ago that featured a guy in a Santa Clause outfit pushing male enhancement paraphernalia.

I'm quite the fan of President Reagan.  I don't think he was always right, but I think he was a great president.  Likewise I absolutely support the 2nd Amendment and the right to defend ourselves.  But I would never say 'God, Guns, and Reagan. THAT'S what Christmas is all about'. I wouldn't have said that before I became a Christian!  I certainly wouldn't condone it today.

Let's try to be more careful if we are serious about stopping the waves of crazy that are covering our modern world.  Things like this aren't just bad because they give ammo to those pushing the crazy.  They're bad because they're wrong.  And being on the side of right doesn't give us the right to do wrong.

Email ThisBlogThis!Share to TwitterShare to FacebookShare to Pinterest
Labels: Doing the dumb thing, When the Right is Wrong