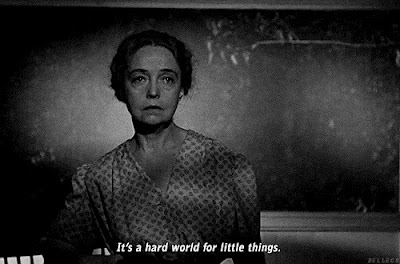 Says so right here.  I chalk this up to the multibillionaire who was born into wealth and privilege saying he wishes he didn't have all that money.  It's easy to say when you have all that money.  Likewise, Ms. Cohen can only make the claim that she would happily be aborted for her mother's freedom for the sole reason that her mother chose not to abort her.

Proxy martyrdom has become the lifeblood of the modern Left.  The idea that there is no end to the suffering and death of millions of others I'm willing to tolerate for my righteousness is almost a motto of modern liberalism.  The growing push for women to celebrate and rejoice in abortion as the most defining privilege of womanhood thrives on this form of crusading.

I thought this would be a relevant post for this, the Feast of the Holy Innocents.  Massacring the most innocent of humans in one form or another has been almost as human as free will through the ages.  It was a strange and freakishly odd revelation among the ancient Hebrews that this First Cause we'll know as God would not wish us to sacrifice these most precious of all human lives on an altar.

Nonetheless, humans have fought against that revelation for eons, and have won significant victories over it in recent generations.  Hence why it's easy to condemn the Christian Europeans for their sins and embrace the pagan civilizations that Europeans wronged.  For all its faults, sanctity of life was a Christian cultural mandate, even if those Christians often failed to live up to the ideal.

For most other cultures and civilizations, on the other hand, the ideal was that human life is generally cheap and easily discarded when it failed to serve the tribe or empire.  Something our modern Left seems to prefer.  Thus the ease with which they openly and broadly celebrate various 'Indigenous Peoples', even if those peoples practiced matricide, patricide, infanticide and even human sacrifice as a matter of course.