The War on Christmas is cool again! 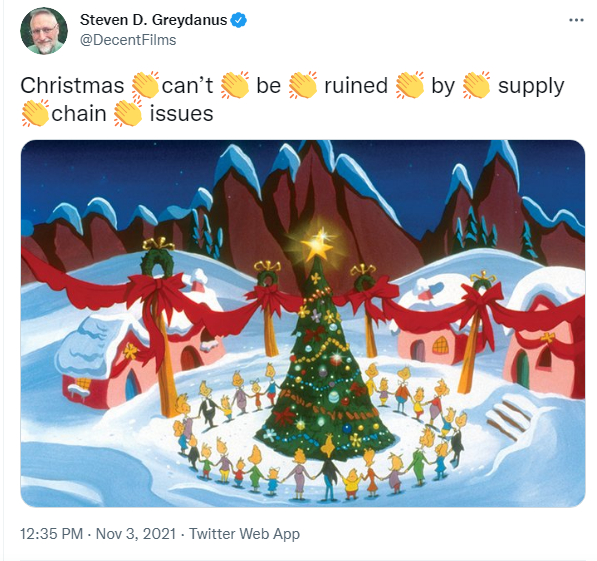 That's, of course, nothing that Christians haven't been fighting against for decades.  Then suddenly, around the later GW Bush years, it became cool to mock such concerns.

Worried about being told you can't say Christmas? Worried about the hyper-commercialism aggressively pushing Christ out of the picture?  Worried that some are letting the very paganized secular message of greed and consumerism blur the Gospel message?   Bah.  Loser.

I recall when Russ Moore, who once called all Conservative to unite that we may prevail in the culture wars, published an article washing his hands of the whole silly obsession.  War on Christmas?  Humbug.  You're not going to get a cushy seat in the West Wing with that attitude. So concern about how the secular world mishandles and manhandles this time of year became a favorite target by not just those left of center, but by those 'former conservative, but much better now' believers.

Well, I'm glad to see we can care again.  I get the purpose of the Twitter post.  All this talk of not-Biden's fault supply chain disruptions mixed with not-to-worry-about-it inflation has led some reporters to speak of a ruined holiday season.

FWIW, I've heard no Christians actually saying Christmas can be ruined in such a way.  Most I know subscribe to the Grinch/Charlie Brown attitude that Christmas doesn't come from a store.  That maybe, just maybe, it means a little bit more.

So Deacon Greydanus must mean those secularists, those on the Left, the media and others who are making it all about not-Biden's fault supply chain issues.  Nice to have him back.  Perhaps 'War on Christmas' is a bit over the top.  I prefer 'War against God.'  But at least he's back, and there's one more voice to remind us when the World says get Christ out of the way because it's all about give me, give me, give me, get, get, get, Christians need to stand up and make clear it's no such thing.

Posted by David Griffey at 5:00 PM

Email ThisBlogThis!Share to TwitterShare to FacebookShare to Pinterest
Labels: Decline of the Christian West, The Secular Church