Never forget that humans are capable of monstrous evil

Example, in response to the terrible killing of innocent people at the Christmas parade in Wisconsin: 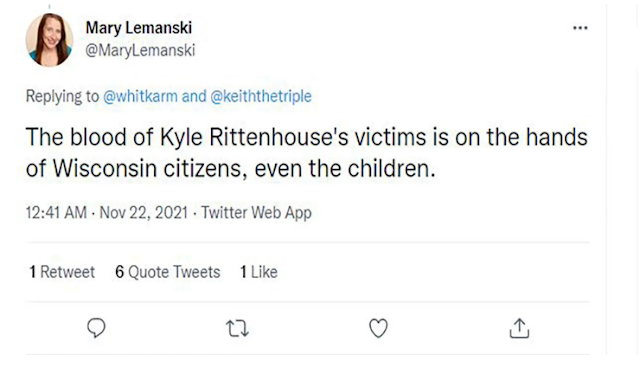 From the former social media director for the county Democrats.

No, I won't make it about those terrible leftists.  She "resigned" right after this and some other hellishly evil posts.  The Wisconsin Dems released another post mourning the deaths and denouncing this demonic tirade.

All sides are capable of such evil.  To insist otherwise is to be the best friend evil can have.  You only worry when one side begins to get a pass because the powers that be are aligned with that side.  Or when one side begins to insist it isn't capable of such sinful acts.  Or when this sort of evil becomes the rule rather than the exception for more than a fringe of society.  Then by all means worry.

Posted by David Griffey at 2:20 PM