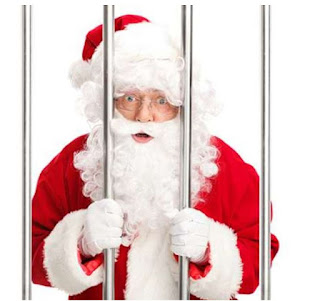 Fr. Longenecker has a little piece looking at a recent poll about Christmas.  The poll finds that fewer people believe in certain elements of the Christmas story.  That's not surprising.  Against all logic, fundamentalist atheists have been able to inject doubt into whether there was a historical Jesus at all, much less how many of the biblical accounts of Him are true.

Likewise, let's face it, the Church has been fighting a defensive war against secularism for generations.  All of Christianity has been grappling with secular scholarship as it relates to the biblical world view.  Over the years, outside of a few fundamentalist traditions that might have gone to the opposite extreme, most Christians have conceded some level of the historical biblical account.

Contrary to what Mr. Longenecker says, it isn't Santa, or elves, or even talking snowmen that is to blame.  We have nothing compared to old eras when it comes to tossing around magical stories.  I can't remember ever thinking snowmen talk when I was a kid.  I might have believed in Santa Clause, but that was it. But it was Santa doing something magical in a world that increasingly said there was no such thing as magic, or miracles, or supernatural, or even God.

The problem isn't that we have Santa.  The problem is that we have Santa in a world that doesn't believe any of it.  Ages ago, the Christian world likely believed in  witches, Wise Men, Virgin Births, and the whole package, without believing in Santa, Krampus, and the gang.  They had no problem at all believing in miracles or various supernatural aspects of life, much less the historical accuracy of the Scriptures, while at the same time separating folklore and children's tales.  After all, olden parents knew the St. Nicholas gig just like parents today get the Santa gig (Spoiler: Parents put the presents under the tree, not Santa).  Yet they firmly believed in the biblical narrative with all its bells and whistles.

Nonetheless, somehow the Church, along with much of the Christian tradition, conceded ground in the grand debate.  Increasingly the Church finds modern, psychological or scientifically plausible explanations for miraculous biblical events, if it concedes them at all.

Some years ago, a priest friend asked me to give a talk on the Bible.  He offered me a book he had been reading.  It was written by a Catholic priest and professor.  It had an imprimatur and all the stamps of approval.  And it reflected a liberal scholarship that I seldom experienced outside of the most radical liberal Protestant denominations.  With the exception of the Resurrection, the Virgin Birth, and the Marian dogmas, there just wasn't much left in the Bible that was assumed to be real.  Even the dating of the NT texts was radical, conceding that several were likely penned well into the 2nd century.  And what of Apostolic authorship?  The Church just tossed that in there to give weight to the texts in question.

And that had an official stamp of approval from the Church.  If people see that, and hear that, and read that from the Church leadership, why would they ever imagine that such stories as the Wise Men or the Virgin Birth have any weight?  If we embrace a scientific world view sprinkled with a Resurrection here or a Transfiguration there, don't expect those to hold back the tidal wave of secularism assumed within that same scientific world view.  And that's those inside the Church.  What do we expect from those who exist outside the walls of the Faith?

No.  It's not Santa or Frosty or Marley's ghost who are the culprits.  It's that the world that gave us Santa and Frosty as we know it had already begun to jettison the world as understood by our Christian forebears.  And included in those who jettisoned that model of the world is none other than a sizable number of Christian leaders.  You can't water down heaven and hell, miracles and historical accounts as a matter of course, and then turn on a dime and pick your twelves stories of the Bible you insist are still just as the authors wrote them.  No amount of squaring that round peg is going to work.
Posted by David Griffey at 3:00 PM